Last weekend we headed off for the South West Alpaca Group annual show, this year held in the Autumn.
I set off for The Hand Equestrian centre on Friday morning to meet up with a small but dedicated team of SWAG members, lead by the extreme organiser Di Davies, to set up what was a very impressive and professional looking show.

The rest of the Mighty Patou arrived that evening dazed and exhausted after I had taken the only sat nav. Diversions, Carnivals, roadworks and a complete lack of knowing where they were had delayed their arrival so I opened the wine and started without them, well the show must go on!

Saturday morning and after a bit of warming up wrestling we were ready for action. 170 alpacas had arrived  by the start and the Patou show team of 6 were pumped and ready to take on all-comers. 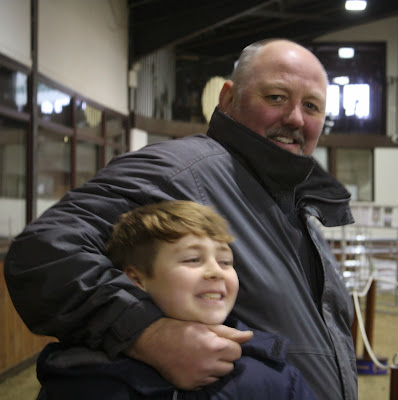 This was to be a show with two firsts for us, it was my first show where my primary occupation is as an alpaca breeder and it was to be the first time the three of us were in the ring together as a team.
The Patou pen was adorned with a gift from the Queen of the Mighty Inca Tribe and we were looking forward to the long day ahead of us. Isn't she clever! 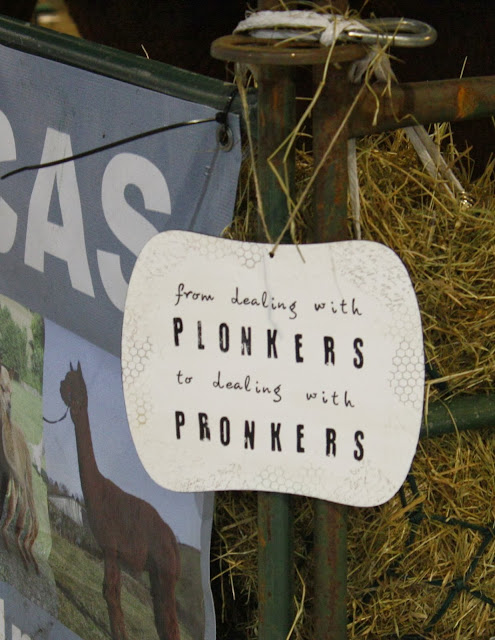 Lunchtime and the junior handler class was held. Gus took Todd in and despite appearances in the below picture, worked hard to go through the motions of showing off his skill set. 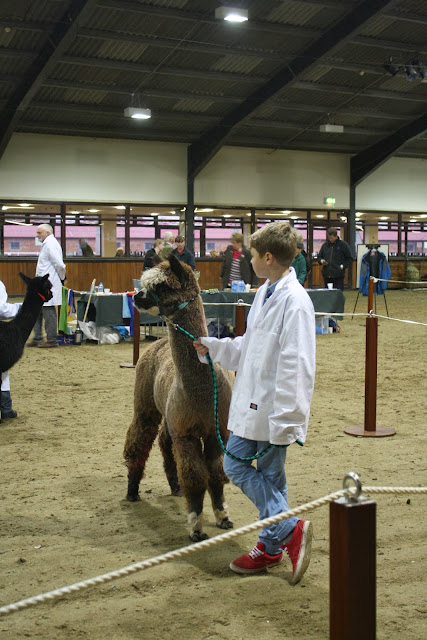 He went on to bamboozle the judge, Val Fullerlove, with his Jedi mind tricks and once under his spell the result was a forgone conclusion. She was putty in his little sweaty 10 year old hands. 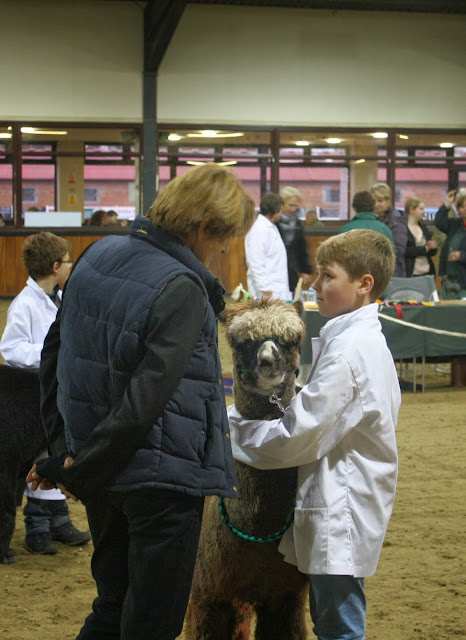 We were up and running, first place, a nice halter and lead set and a Champion Handler sash.
Gus and Todd milked it a bit as the onlooking crowd gathered mementoes having witnessed an impressive display of mind control. 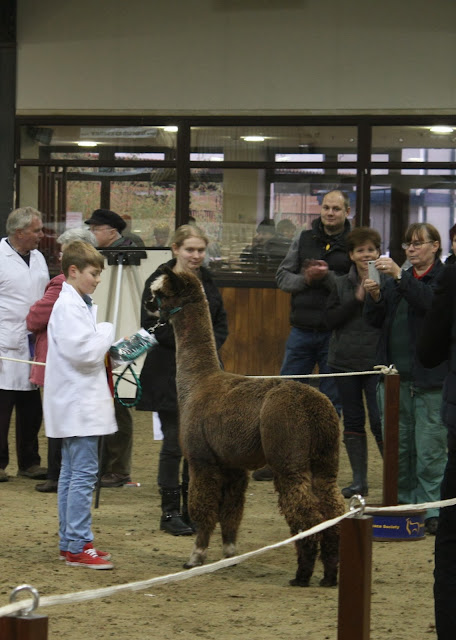 Later in the afternoon, our big Team moment arrived, the intermediate brown male class. Three Patou warriors, three brown boys eager to impress. We were ready in plenty of time and Gus and Sue took it in turns to keep the team seat warm. I couldn't join in, I had reached the point of no return. If my legs had gone beyond the 90 degree point and I had taken a seat there is every likelihood that I wouldn't have been able to get up again! 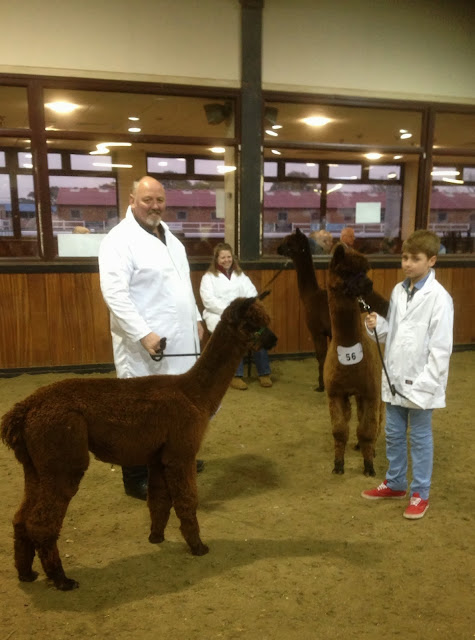 It was a big class with 12 entrants and the judge, Liz Barlow, commented on the high quality of the animals on show. After much deliberation one by one we were brought to the front row and took 1st, 4th and 6th places. A very satisfying result for brown alpaca breeders! 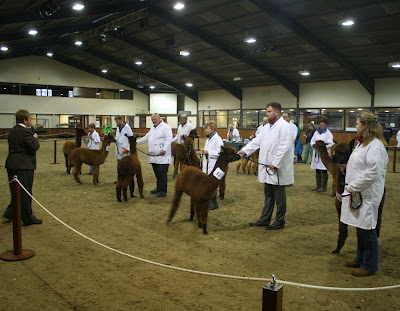 Not only that but the first place male went on to take Champion brown male! I know that those of you 'in the know' will know why no names are mentioned. Suffice it to say that the Mighty Patou showed three brown males and were triumphant! I am, as shown below, far too embarrassed to wallow in the glory of the whole thing so I did the championship with my eyes tightly closed. 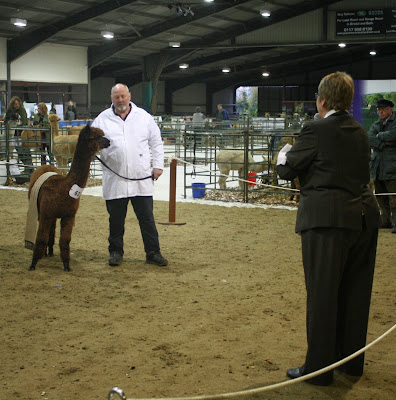 So 6 alpacas, 6 rosettes and two Championship sashes, a nice little return for us. It was a fabulous show all round and although there were things that could have been done differently it is difficult without the benefit of hindsight to get things perfect all the time.  We enjoyed it immensely and can't wait until the next show, The National!
Posted by Patou Alpacas at 11:40 6 comments: