It appears that another month has raced past and now I find myself in December. A glorious hard frost this morning was a very welcome sign as worm burdens this year have been the highest that I have known in 9 years.  I am always mindful of not overdoing it with medication, the vets don't go on about resistant parasites for nothing but even so this year we have had to worm earlier and later than ever before. In fact Fifi, one of our, 'never to be sold' girls had a very squitty rear end this morning. She was dealt with but I really must remember to take my reading glasses (or injecting glasses) as I once again gave myself a dose of wormer in the finger. Still I shall be worm free going into the Christmas period which is always nice.

December is set to be a busy month, but more on that as it develops, a trip to Calais is coming up so we will be well stocked for the festive season. Which by the way, still hasn't started people, what happened to the twelve days of Christmas? The Christmas build-up seems to get longer every year, patience is becoming very old fashioned these days, bah humbug etc.....

I had a trip to a new alpaca herd in Suffolk two weeks ago, a small herd had been formed and they wanted a lovely black girl to complement the colours that they already had. As a result young Patou Ulani, accompanied by Vanilla and Violet (acting as travelling companions) came with me to a lovely village just outside Ipswich. It was a horrible day, wet and drizzly but here she is with her new 'family'. 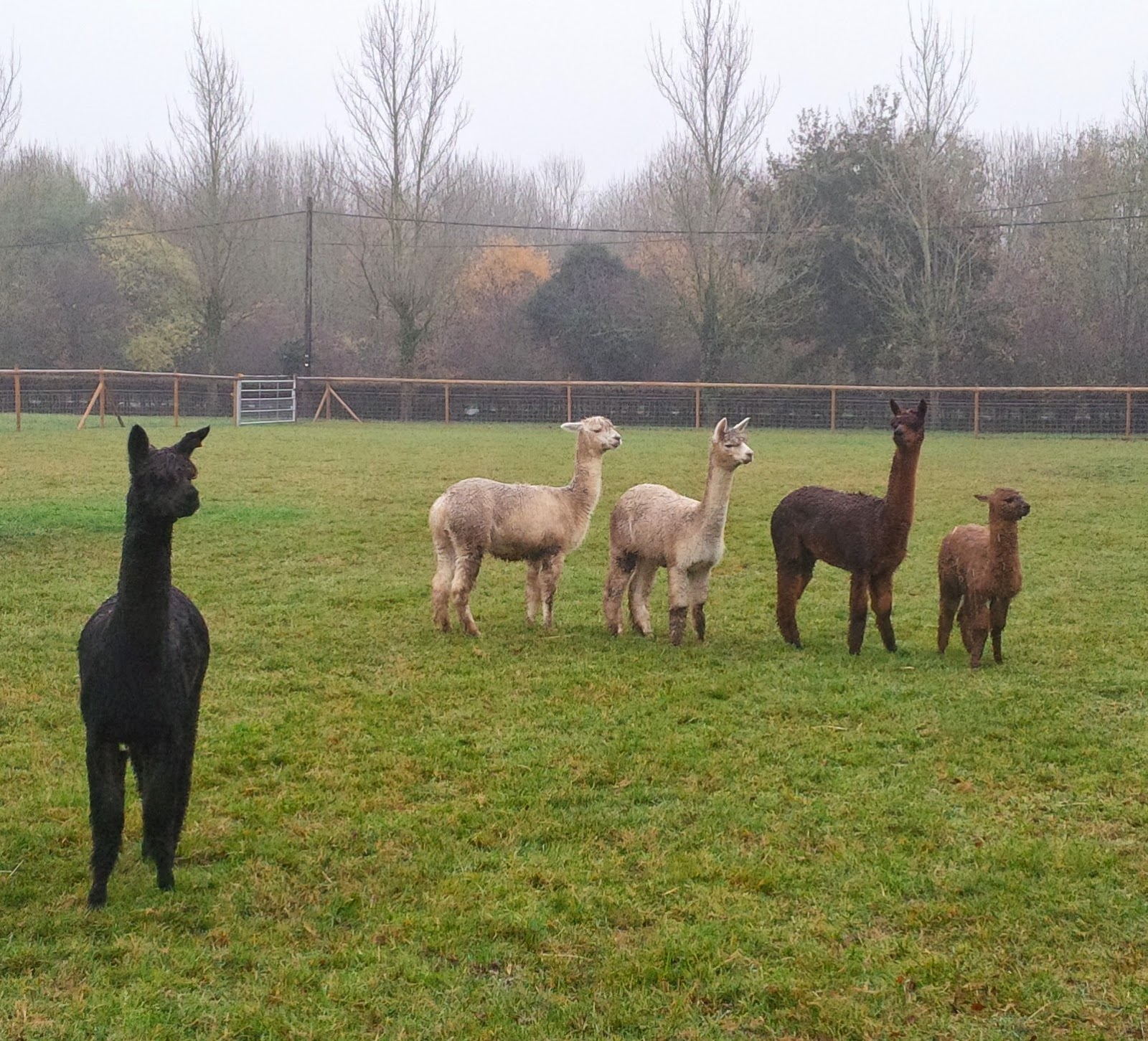 And because she doesn't look her best in the wet, here she is before she went. 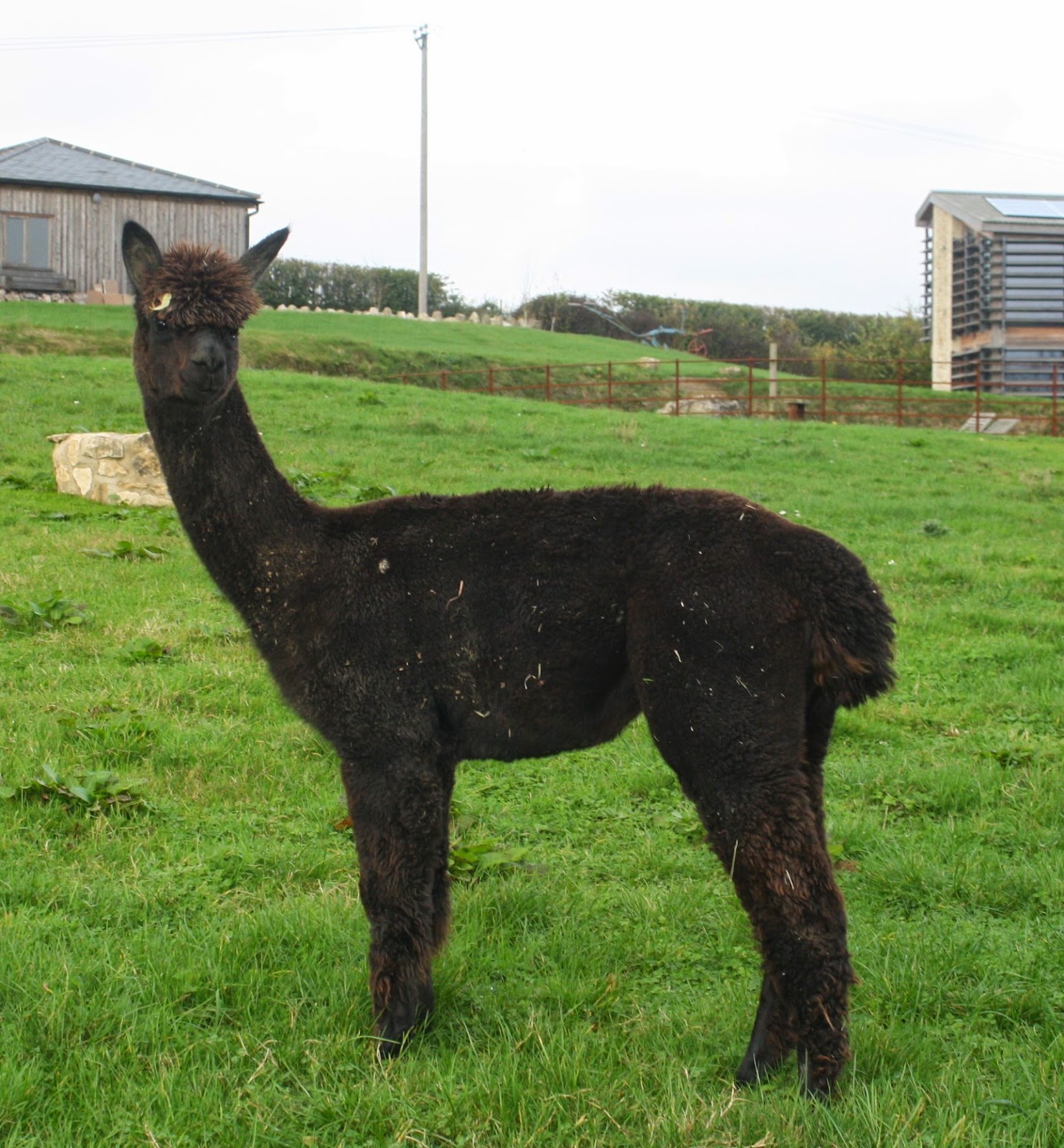 I thought that I ought to point out that we have decided to put the big Q up for sale. Qjori has been a huge part of our herd for several years now but is being used more and more sparingly here as a lot of our herd is now related to him. He still has a big future ahead of him hopefully and if he does go there won't be a dry eye here, he is an absolute superstar and is much loved. His impact on our herd has been amazing, his attributes have been carried into our herd and his progeny are testament to his quality. He's like a big teddy bear really. I mean, don't get me wrong, when there are female alpacas around he is the true macho but he is so easy to handle and is such a character, he is always making me chuckle. Last week for instance I caught him for the second time, standing in his water trough. This time I had a camera with me and snapped him in full 'look at me' pose. What a muppet. 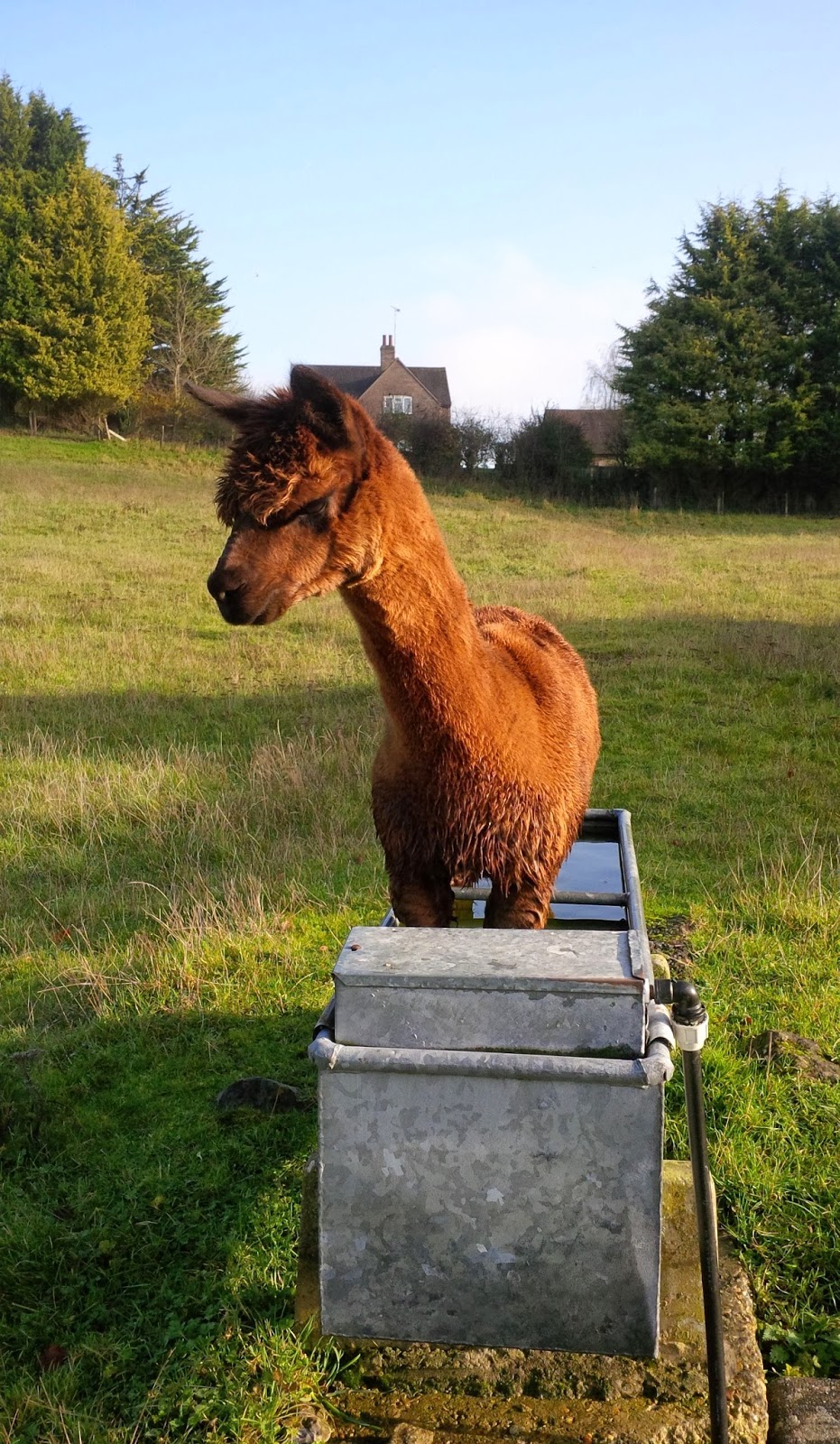 Another major change here is the 'retirement' of the Patou wagon. The old Discovery, which broke down spectacularly on the M25 last summer and then again on the M1, leaving me once again at the mercy of the AA, has been traded in for a newer and slightly more luxurious mode of transport.

Now I know I am 51, but when you only upgrade cars every 6 years or so it is quite an exciting moment. After much research I decided on a Nissan X-Trail and found a garage in Devon with 5 to choose from. When Gus (he's only eleven but isn't quite as excitable as me) saw pictures of the five cars there was only one option. The one with his name on it! 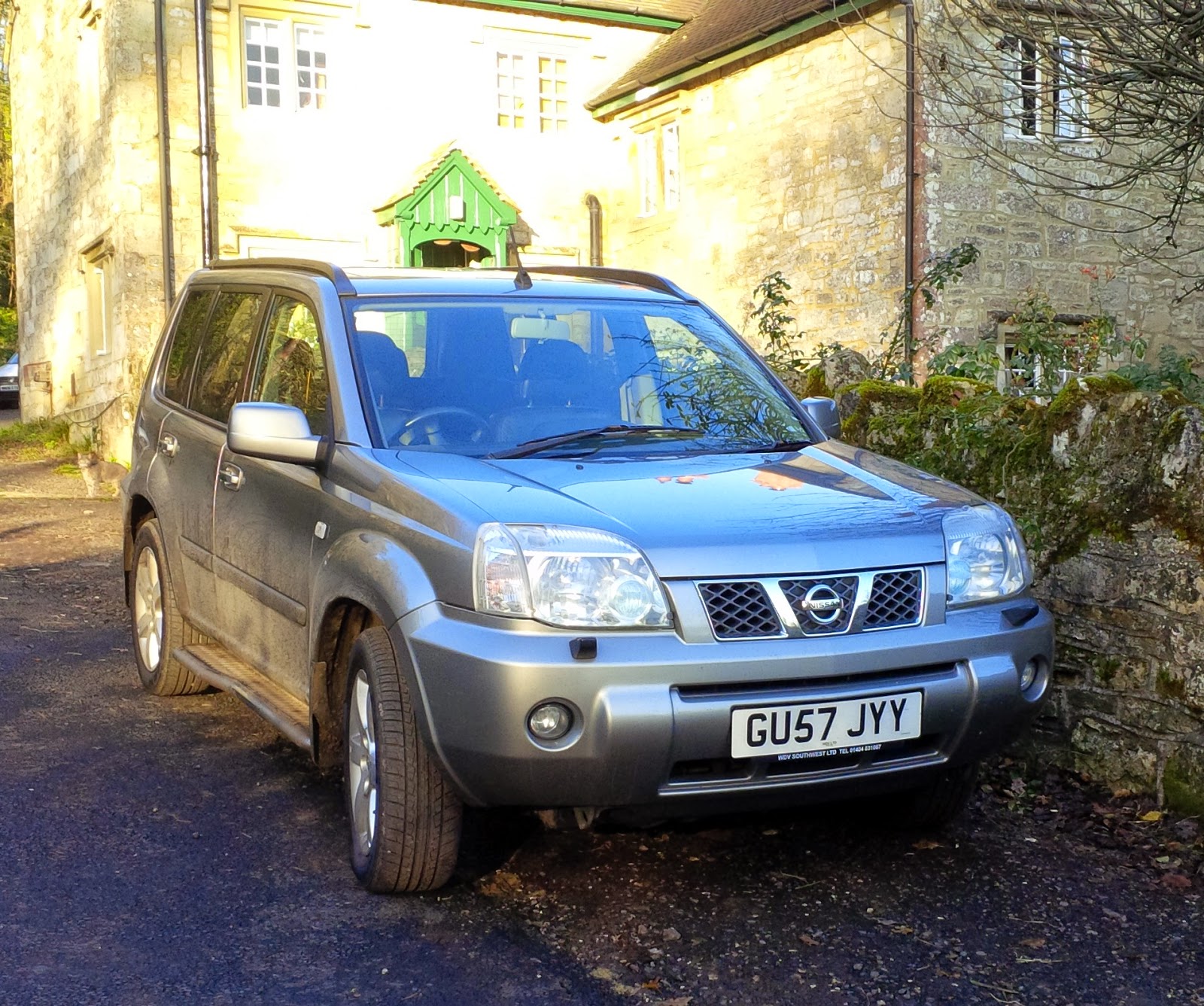 So far I have been very pleased with it, both on and off road, with or without the trailer behind it.

Right, must go, Sue is away this weekend, Gus has two friends round and we all like curry so there is cooking to be getting on with.