Favourites? There are no favourites here.

October! 'It's October', someone said just now on the radio? Is it? It can't be, it's sunny outside.

Oh, hang on I am wearing a rather natty hoodie and reinforced undercrackers, it must be October.
It can't be as warm as it looks, winter must be just around the corner.
My temperature controlled instinct takes over at getting dressed time and I subconsciously clothe accordingly, my hands rooting around in the underwear chamber for sturdy garments not the flimsy summer 'smugglers', but the heavy duty four season gear, the extra weight ensuring a toastie feeling. Secure, ready for the icy winds blowing across from Siberia.

Anyway suitably clothed I ventured into the glorious autumn glow to have a look and see who of the shadow dwellers I could coax into the sunlight for some cria update photographs. I have to say they look marvellous, biased I know, but they do. If you want to dispute that come down and we'll have a jolly good argument about it followed by some gentle wresting and then we'll agree to agree over a pint. It's the way things are done down here in the land of the mighty Patou.

Moving on, I was immediately greeted by a rather scrummy trio on one of the Patou slopes nibbling at something tasty. I made my usual strangled chicken noise which attracted their attention in time for me to point and shoot with the camera. From left to right, Millichamp, Crackerjack and Hollister. Actually must have thrown my voice unintentionally on that one, unless there is some hearing deficiency going on? 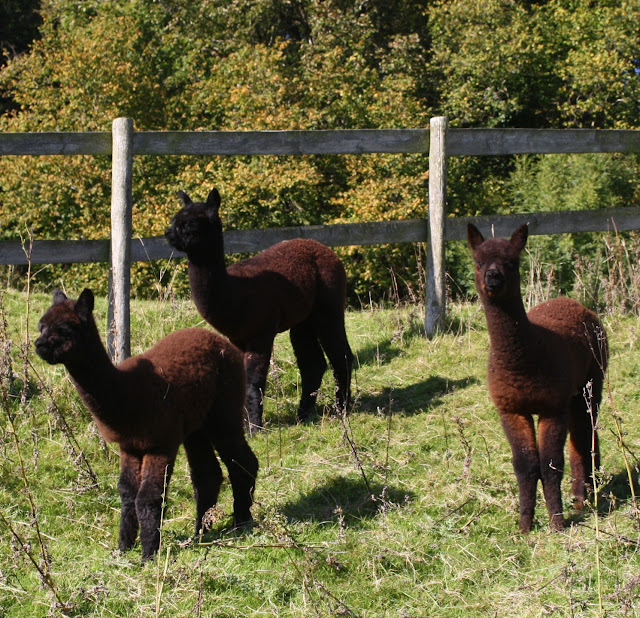 Once I had chased them onto slightly better terrain with my best and loudest baboon barking I settled down to get some better 'solo' shots. And, ladies and gentlemen, who care to read this tripe, here are the results. 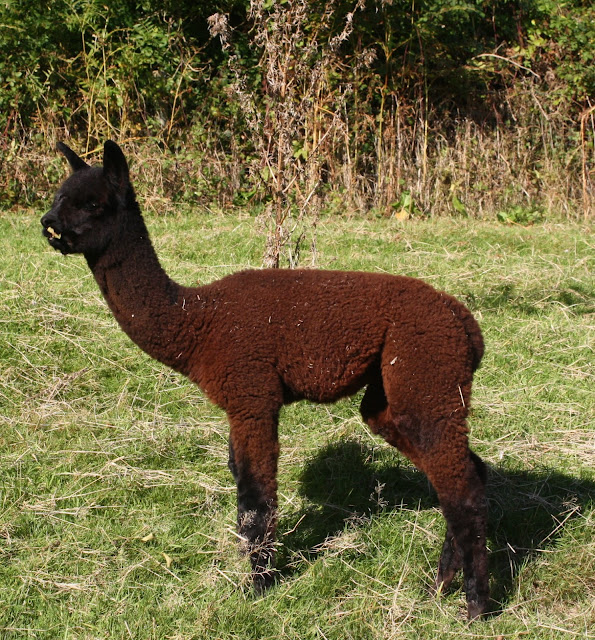 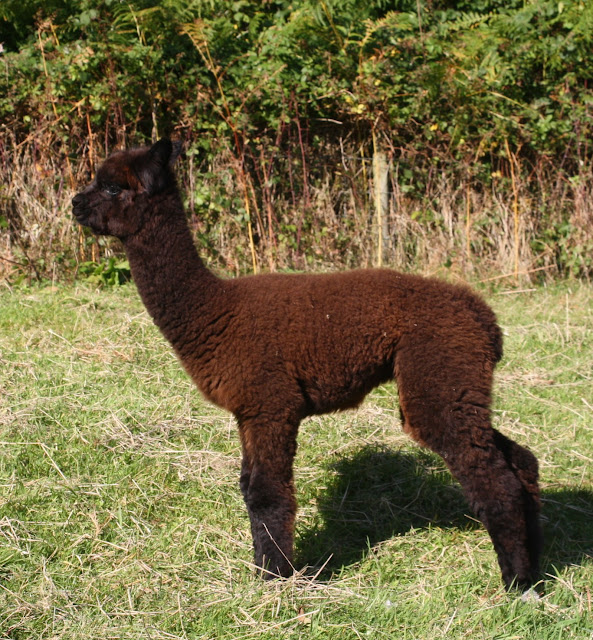 Patou Millichamp (sire Wimmera Skies Class Act of Reddingvale Alpacas, just off the A303 in Somerset on the edge of the village of Templecombe), looking every inch the legend I hope he will be (no pressure then little fellow). 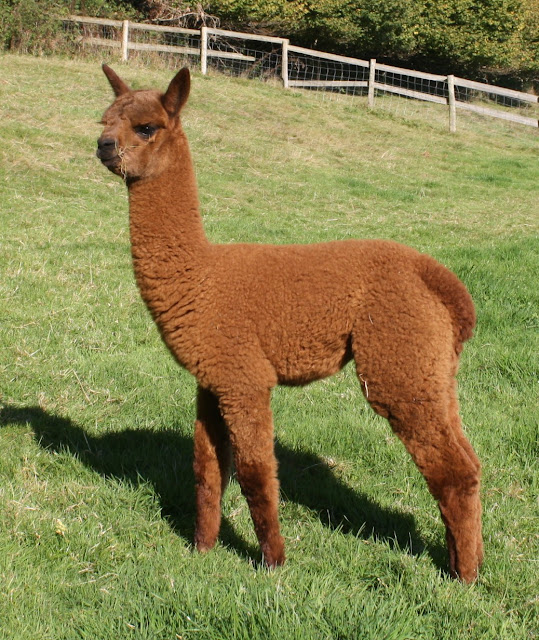 Patou Gilbert (Sire Lilyfield Jack of Spades of Inca) named after the rugby ball being used in this world cup. Big strong, dense...............just like me. 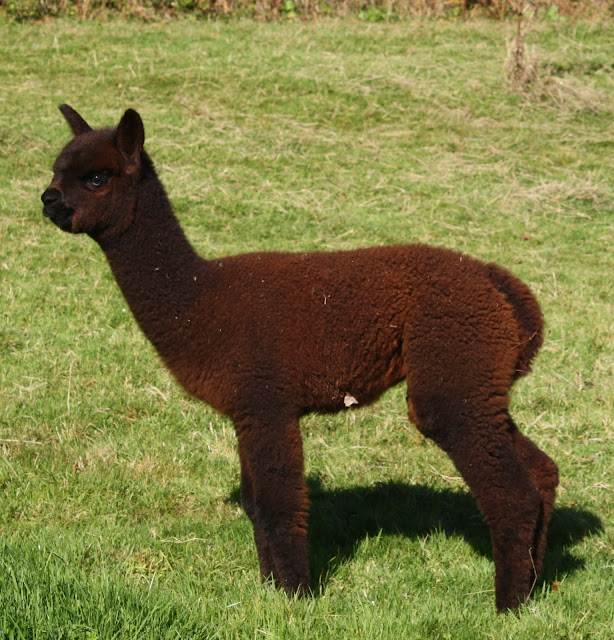 Patou Hollister (sire Wimmera Skies Class Act of Reddingvale Alpacas, just off the A303 in Somerset on the edge of the village of Templecombe).
Now Hollister was named after a trendy clothes shop apparently, unbeknown to me. I have since investigated this emporium and can declare that there does not appear any reason at all why I should darken their door with my wallet clasped in my hand. I don't believe they have suitable attire for, erm, someone like me. Doesn't he look fabulous though! 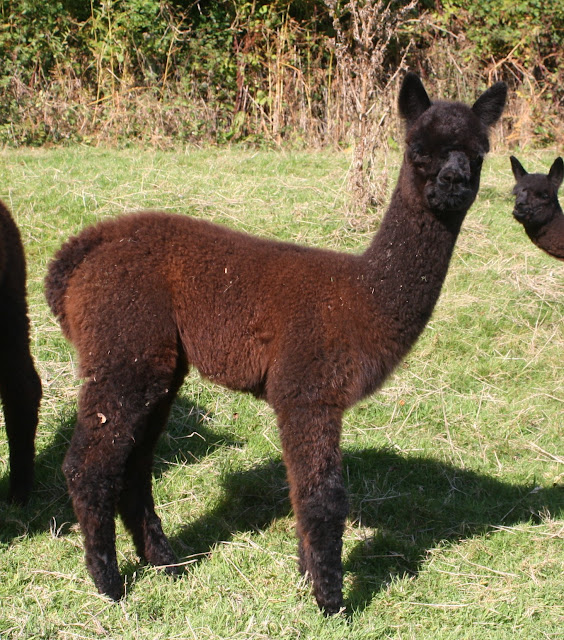 Patou Tuppence (sire Wimmera Skies Class Act of Reddingvale Alpacas, just off the A303 in Somerset on the edge of the village of Templecombe). She is utterly gorgeous, a real knee weakener, a creator of a trembling bottom lip, Tuppence is secretly my favourite. Oh bugger! 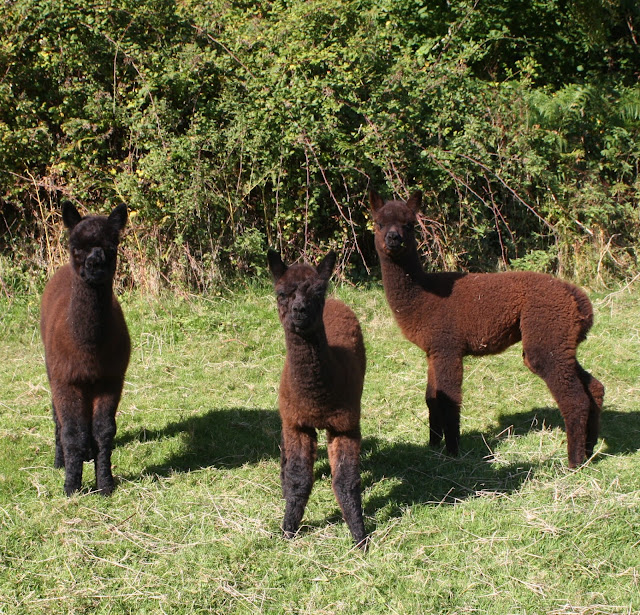 And to finish, my favourites, Tuppence, Millichamp and Hollister, in formation getting ready for their group dance.

Thanks go to Andy and Viv Walker of Reddingvale Alpacas, just off the A303 in Somerset on the edge of the village of Templecombe, oh and some other bloke. I think the balance has been redressed!
Posted by Patou Alpacas at 15:31 3 comments: