Have I been written out of my own script? Was I abducted before Christmas by a purple sloth who is now slowly feeding me to death, in a tree house, watched closely by seventeen siamese kittens? Did I lose my two typing fingers in a bizarre accident involving a trouser press and a bag of satsumas? Well?

No, no and no. I have no such excuse. I have been busy, I mean Christmas is a busy time of year isn't it? Many mince pies and presents and much ho ho ho-ing to be done. Still doesn't really cut it as an excuse though does it? Besides, Christmas ended over three weeks ago.

So let's bring you up to date with news from Patouland.

Firstly, since my last post I had several alpacas to say farewell to. Ten in fact and that was hard. I am an emotional fellow and taking ten alpacas to France was a bit of a wrench. I am absolutely fine until the moment comes when they come out of the back of the trailer. Up until that point I look like a real roughty toughty. But, when they come down that ramp and start making there way into someone elses trailer I'm afraid my bottom lip starts to quiver and I go all a bit wibbly wobbly. All very embarassing when you look like me. So who went? All the boys that we had for sale and two females with male cria at foot. Some real favourites amongst them as well.

You may remember Branson, who had a tough start and ended up in our bath, under the hairdryer and then in our bed before spending the night with us. He recovered spectacularly and was one of the ones who went, with his mother, across the Channel. 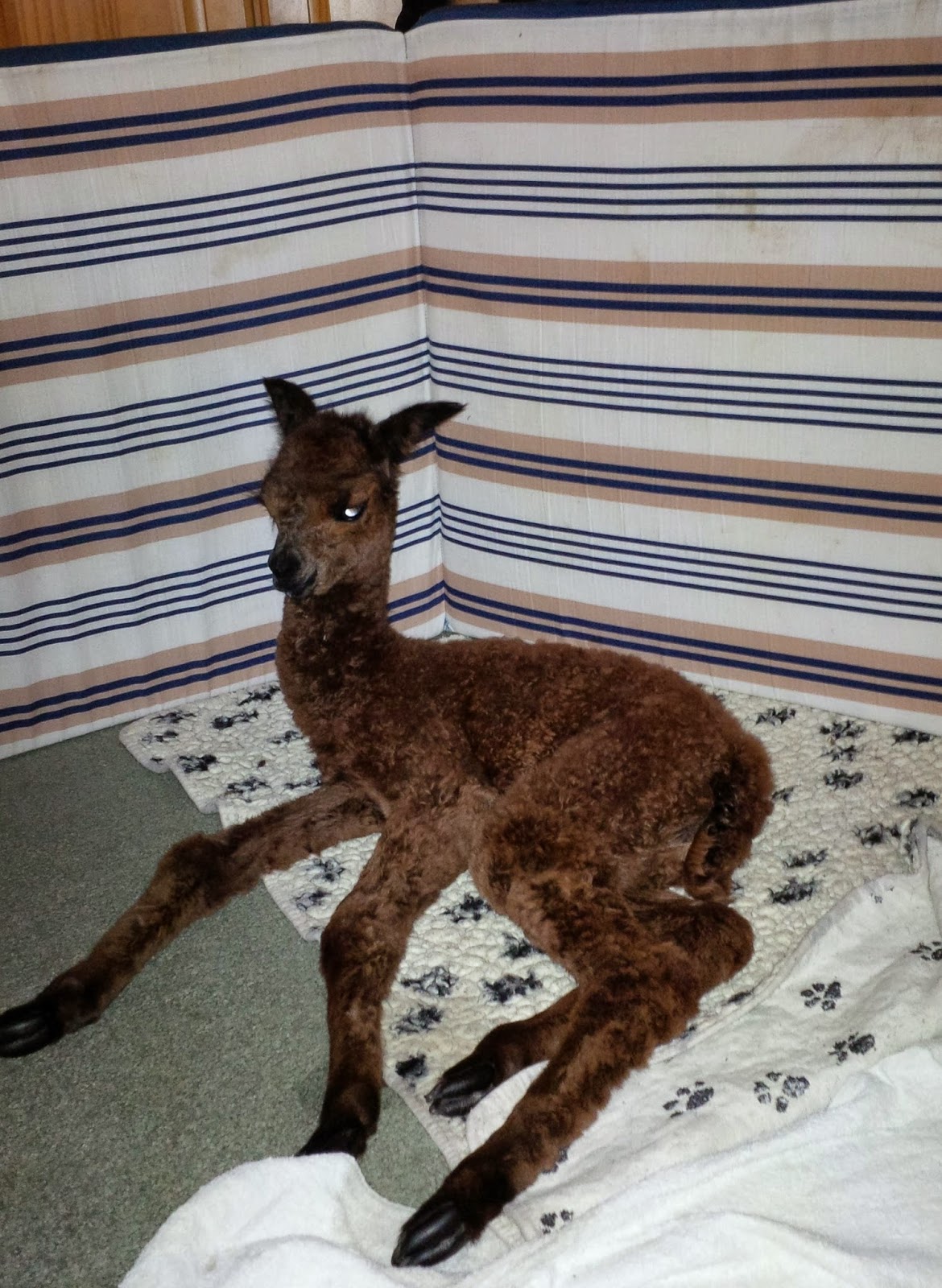 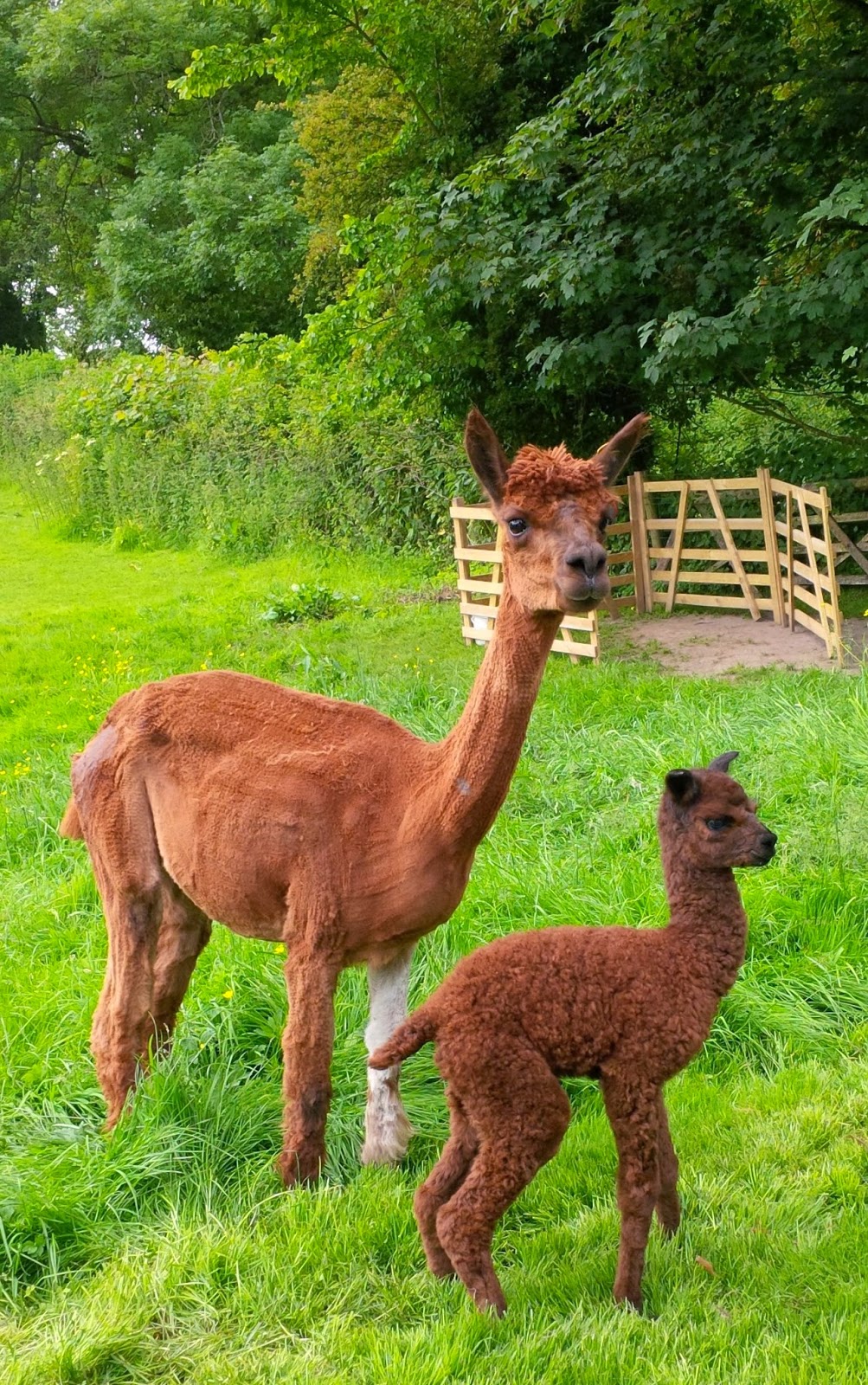 There was also Will.i.am, a personal favourite of mine and Sue's and his chum Whisky Mac and Wesley and, well before I go upsetting myself again I can take great comfort in the knowledge that they have gone to caring owners and they will be well looked after.
Do you know what? I don't think I'll ever get the hang of this breeding and selling animals business. 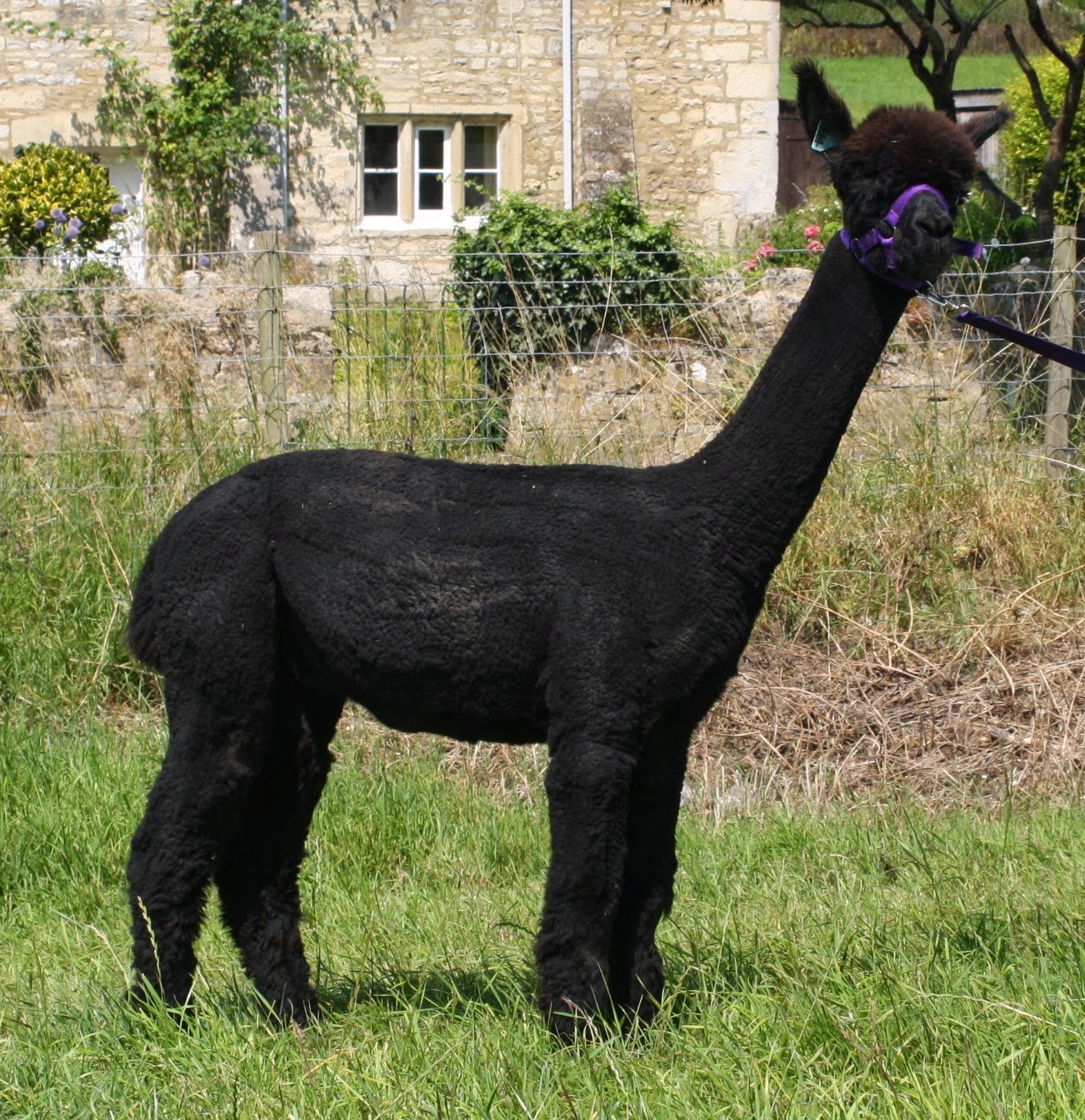 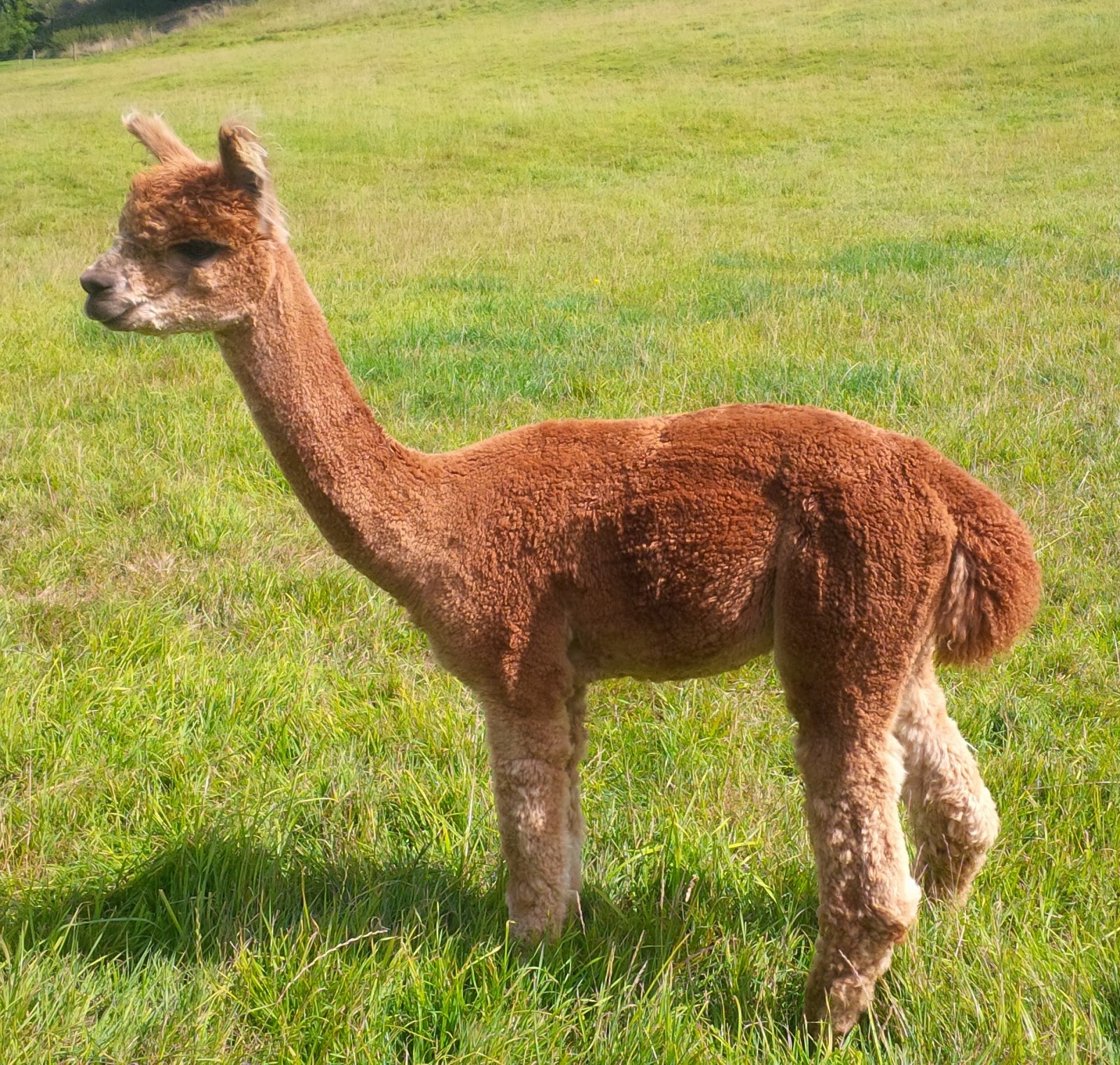 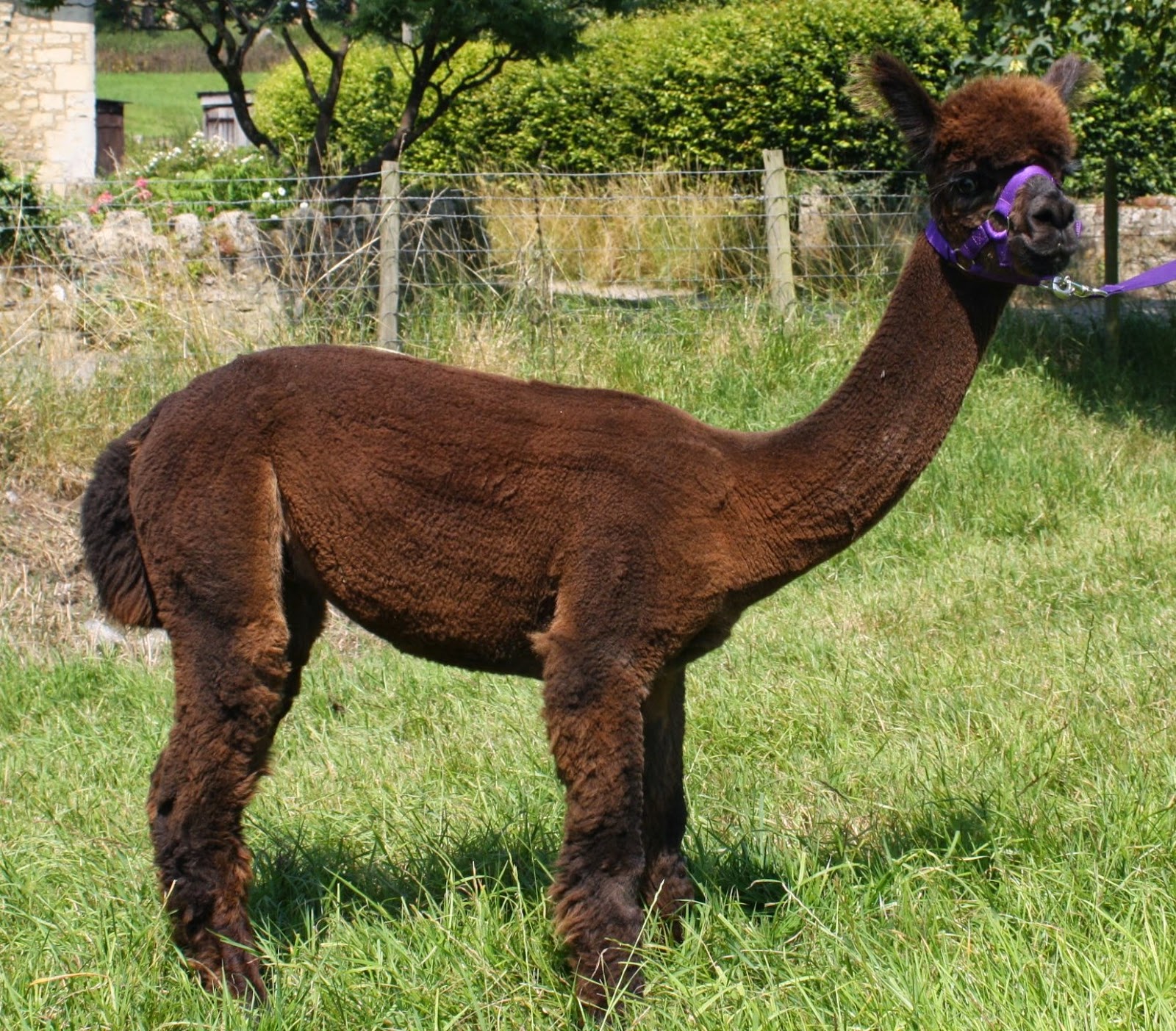 Since then we have had quite a few less mouths to feed and are looking onwards and upwards. We were lucky enough to get a show team entered into the National Show before the limit was reached and have also entered a team into the Futurity. Preparations are under way to get the team ready to do battle in the ring. In fact halter training will begin this weekend, weather permitting. Team talks are being held weekly at the moment and mentally the team is shaping up well. Fleece wise we are looking pretty good too, but you never know who else is going to be there. We will party hard anyway, win ,win or win, I mean win lose or win or win.

The captain of our team this year will be our miracle boy Tsar who is currently featuring on the BAS National Stud auction. I think, and I know that I am biaised, that he looks fantastic, even if he is a very silly boy. 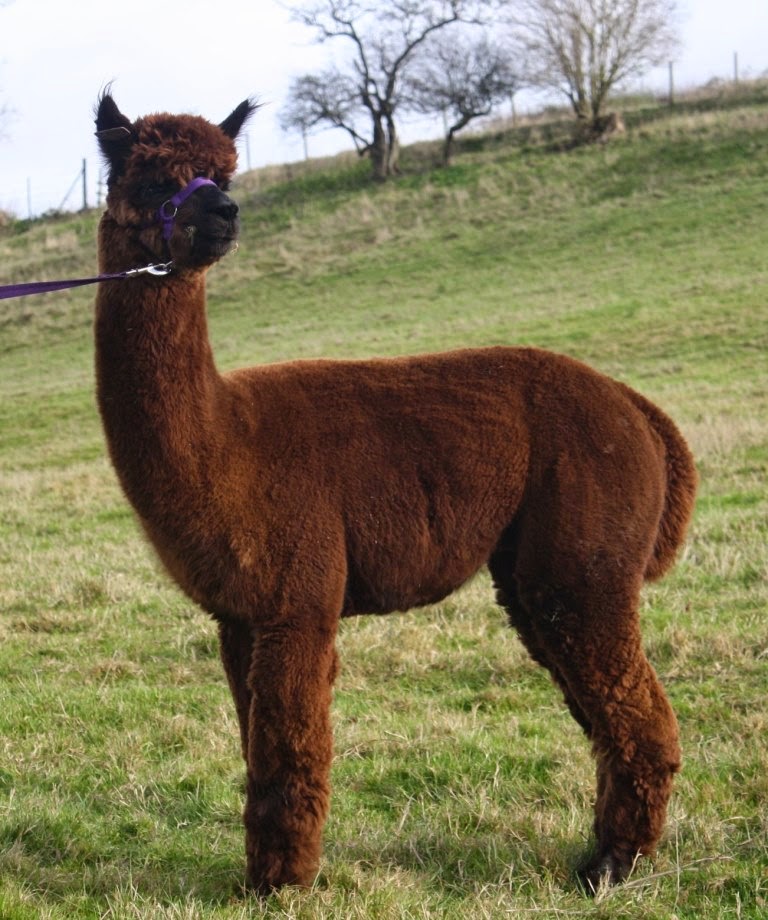 A second opinion from a chum of mine was sought and he thinks he looks pretty good too. No prizes for guessing who's expert hands opened up his fleece last month. 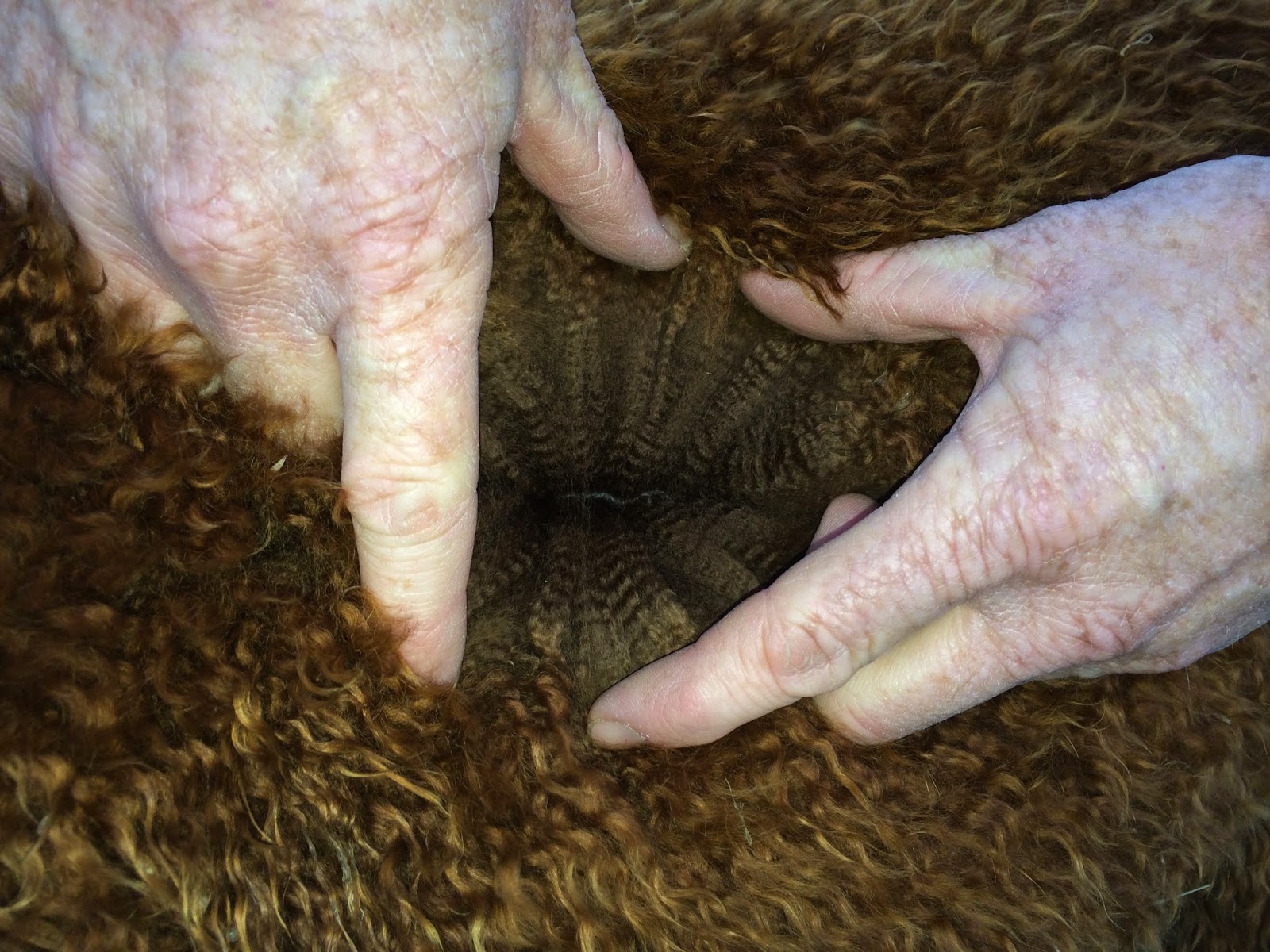 The herd is wintering well so far despite the weather. Conditions are good, weaning is underway and energy levels are where they should be, nice.

Just to prove that it does get cold down here in the south occasionally, here is Tsar with Wasimba and Viking well frosted up at breakfast time. 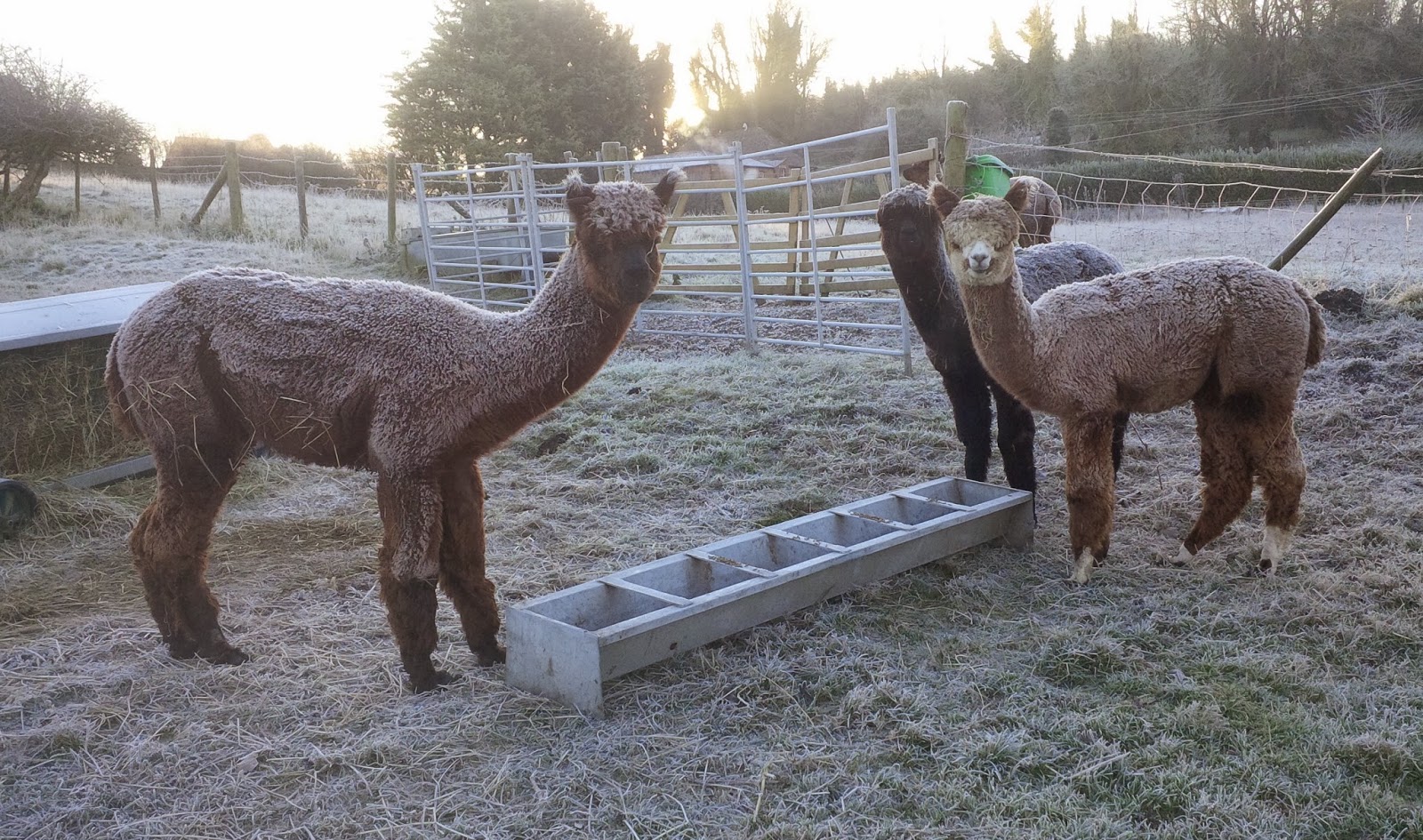 Right , is that enough? Can I go and lounge around a bit more now?
Posted by Patou Alpacas at 16:01 4 comments: