Apologies to my friends on mainland Europe.
Readers from Australia and New Zealand need not comment.

Those of you who know us down here in Patouland will be aware that Gus is cricket mad and has a growing talent for the game. As his father and being even more cricket mad I see it as my fatherly duty to help him as much as I can.

So yesterday we loaded up the trailer (also doubles as a wicket keeper) with his cricket kit and headed off to the only flat strip of land for miles to get in some training. Gus had already mowed the strip and the stumps were in place. The wicket is in the field currently containing 9 weanling females. We were accompanied by our two keen fielders, Josh and Kira.

Due to the unpredictable bounce from a very bumpy track and the potential for the out of condition bowler to bowl the odd beamer, Gus was fully padded up and ready for anything. Josh was ready to chase anything that moved and Kira, thinking we were going for a walk in the woods, was very excited. 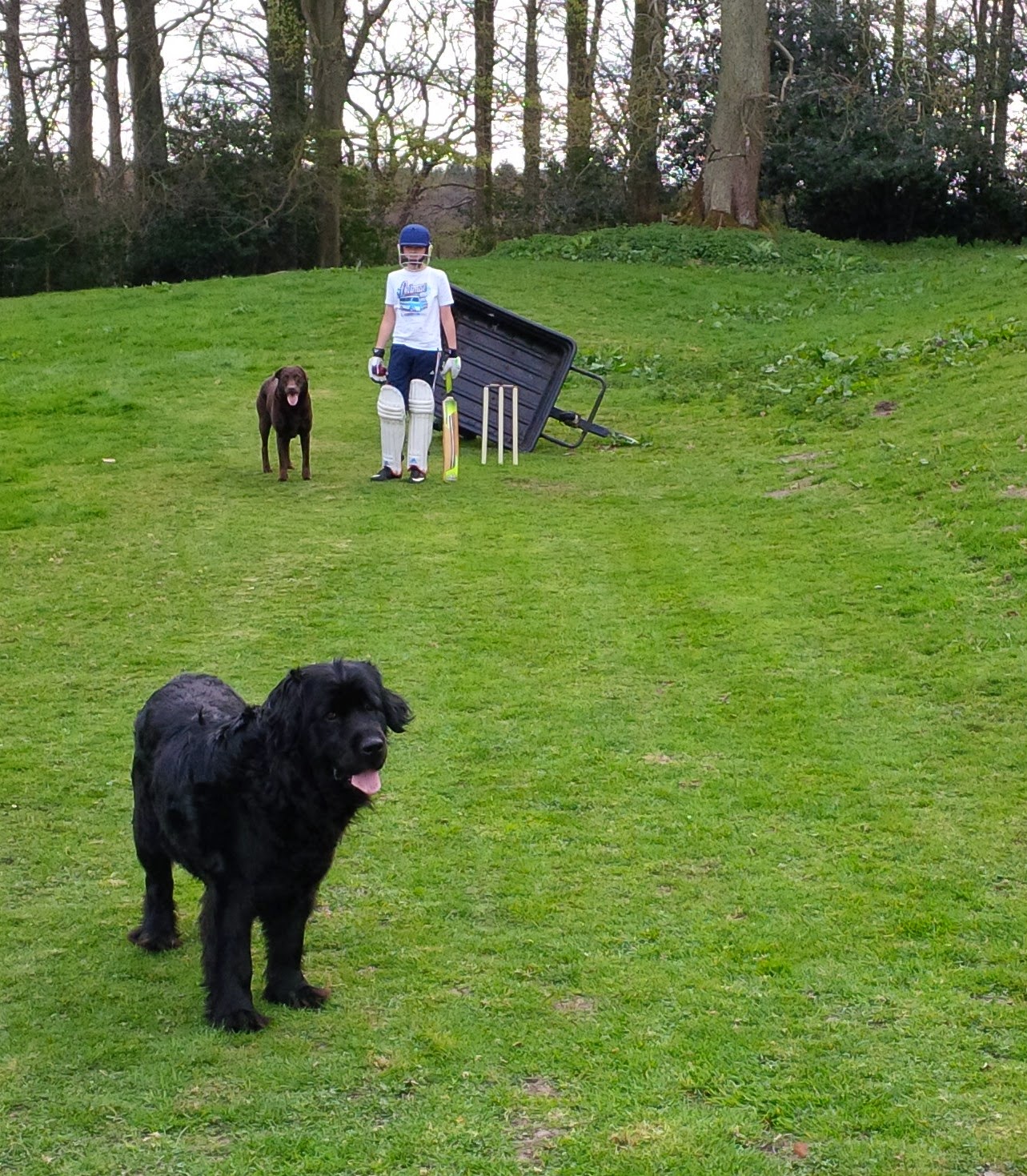 We began with some gentle throw downs and were then surprisingly joined by 9 fielders at mid-off. Despite my request that they spread out a bit they refused, they were all going to field at mid-off. Fine, a bit odd and slightly selfish but fine, better than nothing. I decided to try and bowl to the very strong off-side field. 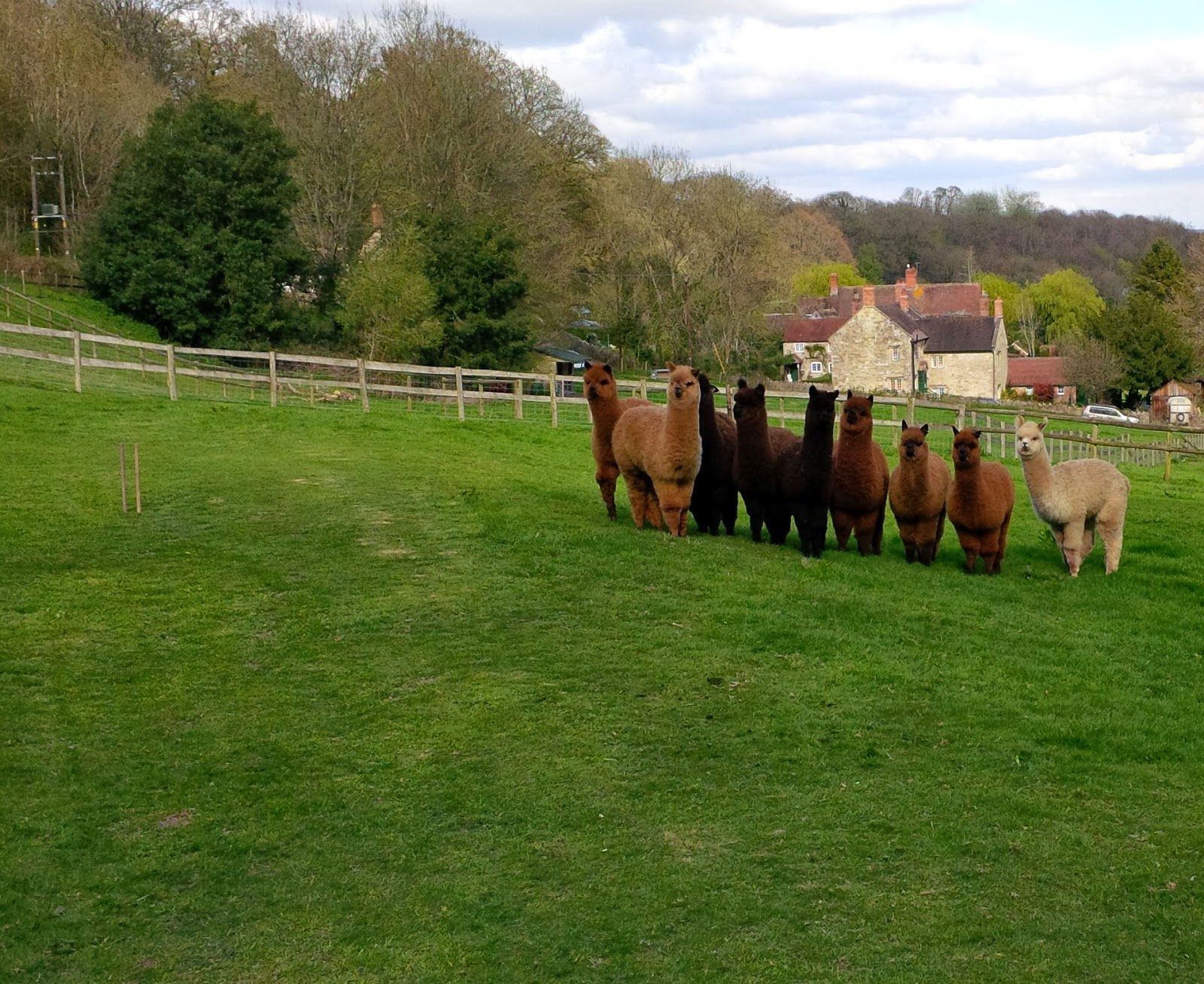 After a short while in which they proved to be of no use at all they decided, en masse, to move across to the leg side and field at short mid-wicket. Odd, very odd. Most of the time they weren't even watching the ball. Not only that but when the ball did go towards them they split like a shoal of fish and watched it go through the middle of them before reforming in front of it. Useless, absolutely useless. 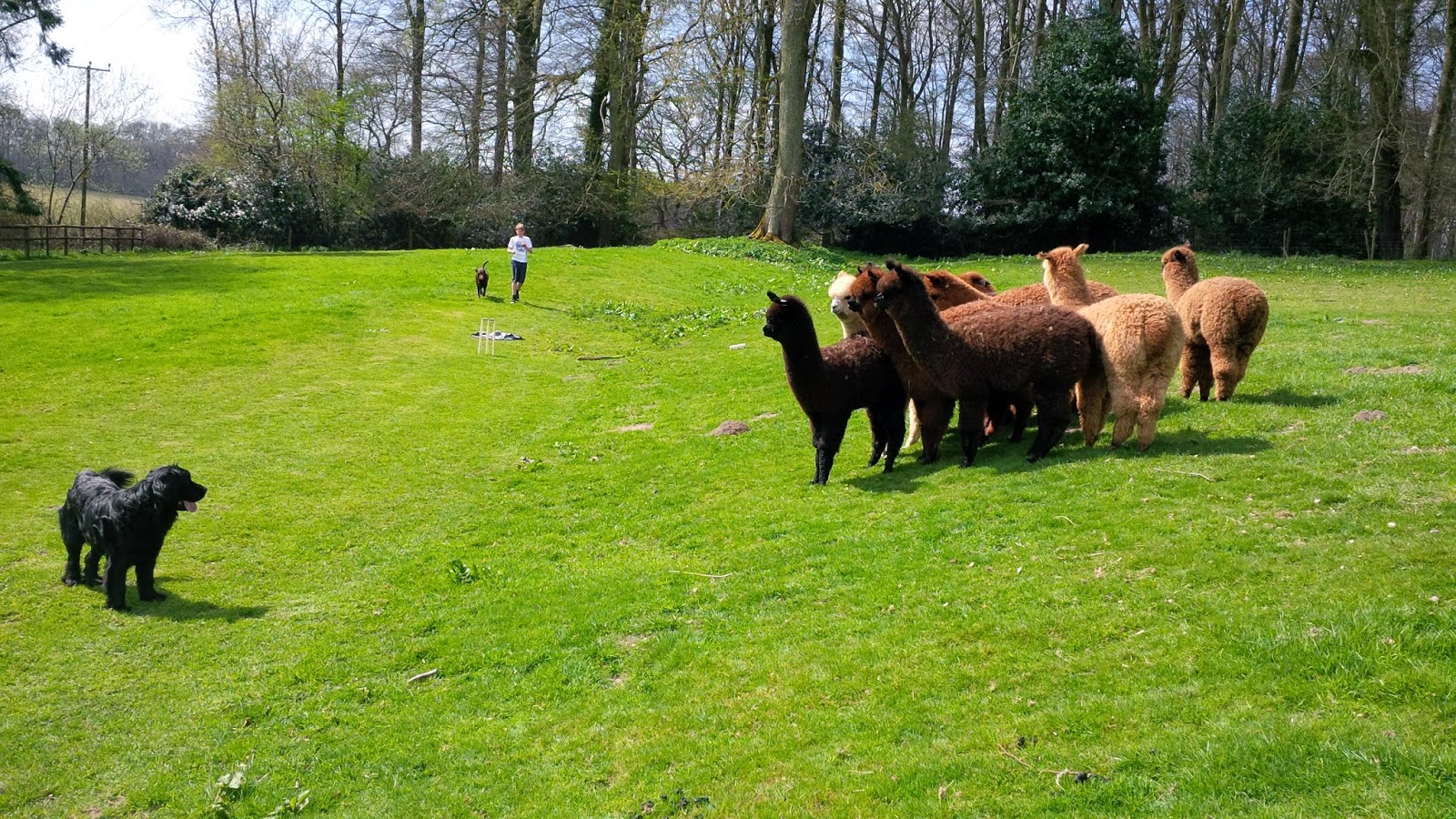 I was bowling for most of the time and trying to set a field was very frustrating.

Josh was no problem, he would hare after the ball from wherever he was and chase it down quickly. His throwing arm (leg) is no good though so he would have to run it back to me at the bowlers end each time. Except when he got tired and then he would drop the ball, lie down and give it a quick chew. Very shoddy behaviour. It wasn't going to take long for the ball to go out of shape.

Kira was even worse, she would amble after the ball, pick it up and drop it less than a second later before wandering off in search of some alpaca 'snacks'. Just less than a second was all it took for the ball to become completely encased in a sphere of Newfoundland slobber. I tried to put her out on the boundary at fine leg but she wouldn't go. No respect for the skipper at all.

However, the worst of them all was the one fielder that was basically made up of nine separate muppets who couldn't field for toffee and completely lost interest in the game. Eventually they wandered off and fielded at long on, where they started to eat the outfield. A short while later they abandoned the game and wandered through the open gate to the next paddock. Very bad form. 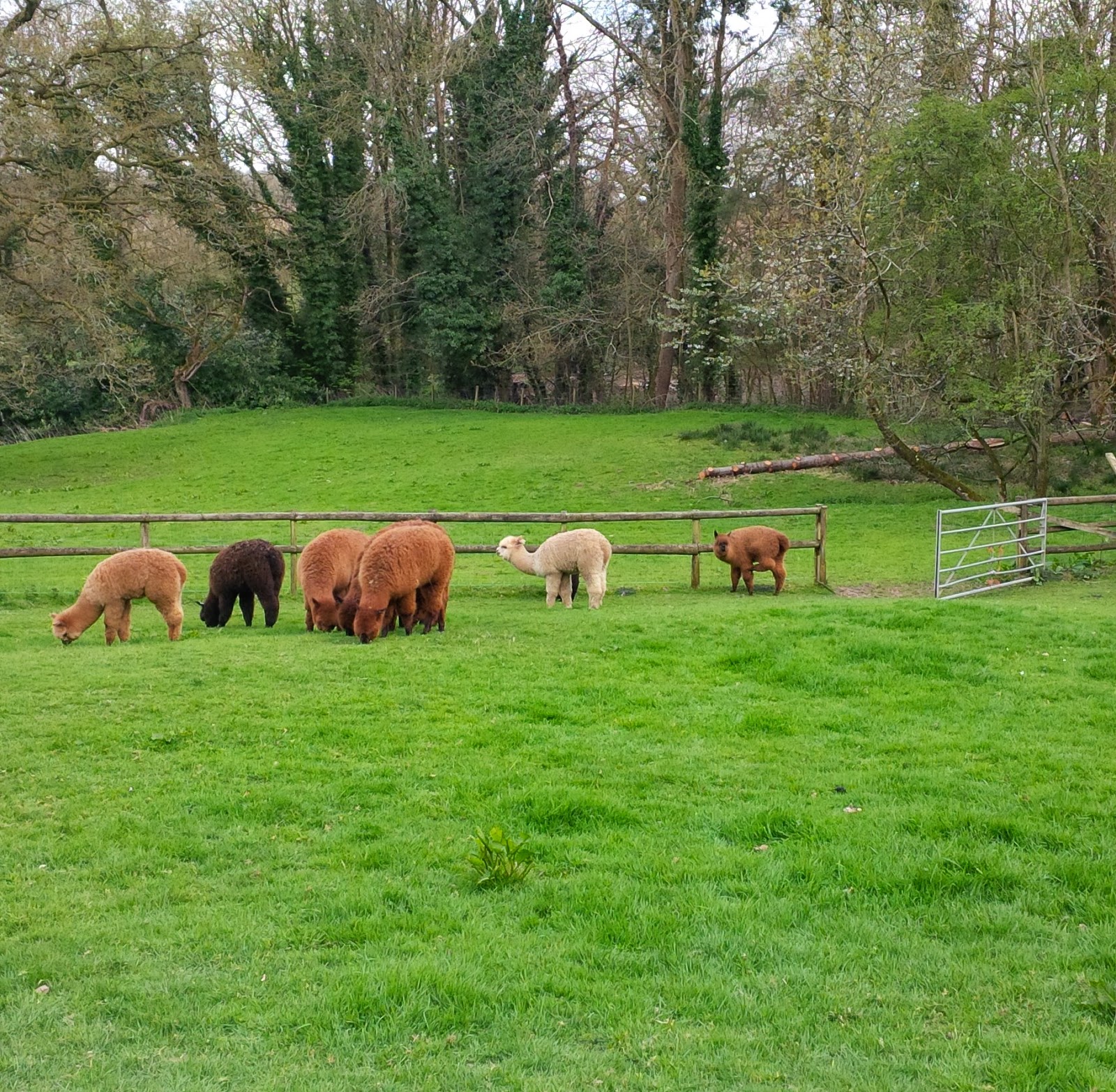 Just as well really as a few minutes later the bowler blew up as his bowling arm fell out of it's socket.
Posted by Patou Alpacas at 16:13 3 comments:

Solo at the Futurity.

The thing about big alpaca shows is that they send me a bit haywire for a week or so beforehand. I am fine when I get there, once the animals are unloaded a calmness descends across me but for a week prior to departure I go all a bit odd in the head.
So last week was no different in the build up to the biggest alpaca show ever to be held in the UK. The British Alpaca Futurity had a record number of over 440 alpacas entered into the two day show to be held at the Ricoh Arena in Coventry. We had also entered our biggest show team ever. Now eight alpacas doesn't sound much but we only have a small herd and an even smaller trailer. So proportionately eight alpacas was a lot.

As a result, a week before departure my mind started playing it's usual tricks on me. Sleep became difficult to come by and I was fidgety and restless day and night as my mind raced around in circles.
Nights were particularly annoying as two separate trains of thought kept my brain racing when it was supposed to be shutting down for the night. Firstly, the concern that I wasn't going to make it to Coventry. Mechanical failure, illness, acts of God were all things that I tried hard not to consider as I lay there trying to count lazy alpacas jumping over gates.
Secondly, and completely opposite in emotion to the first train of thought was the notion of what was going to happen when I got there. I can't tell you how many times I worried about how on earth I was going to cope when all eight of the Mighty Patou Show Team were required to be in the championship line up. Travelling solo (school and work keeping Sue and Gus at home) meant that I would need seven extra handlers to help.

So it was this ultra-optimistic and simultaneous gloomy pessimistic thought process that I battled with each night leading up to the show. Death or Glory. Nothing in between. It was exhausting!

As usual I made life difficult for myself on the way. I engaged the sat nav system and faithfully followed it for over 120 miles, then at the crucial moment when it was telling me to exit the motorway near Coventry I decided it was not to be trusted and that I would navigate the last stretch by instinct alone. What? Why? It's just me, it's what I do, I can't explain it, I am an idiot at times.
So, several minutes later I was to be found shouting obscenities at myself for being such a prat (I was using slightly stronger descriptive terminology) as I was stuck in a traffic jam, on a motorway north of Coventry, heading towards Manchester.

Anyway, having calmed down I arrived slightly later than planned and unloaded. Calmness descended, the animals were settled in for the night and all was well with the world.

Two show rings meant I had to be on the ball on Friday, the whole team would be in the ring leaving Saturday free for wandering around seeing what everyone else was up to.

First up I had Patou Nutmeg and Patou Pinot in the junior black class. I was absolutely delighted when Pinot was placed second behind the eventual female black champion. I could have packed up and gone home then, job done, happy days. Nutmeg picked up the 6th place rosette.
Thank you to Pinot's handler, Rebecca Oglesby, who obviously did a great job! 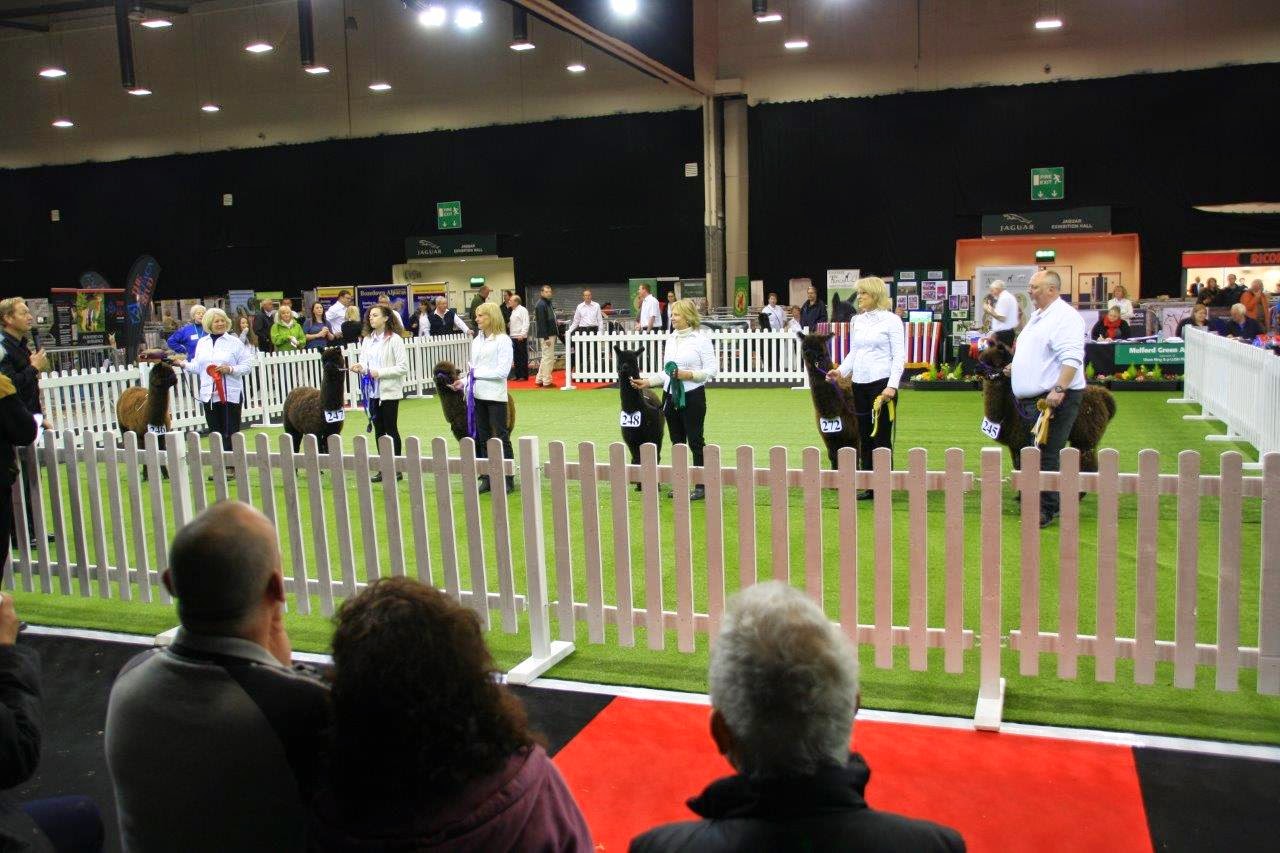 I was brought straight back to earth when Misket and I were asked (amongst others) to take the 'walk of shame' in a highly competitive junior brown female class.

Next up was Spitfire with a disappointing 6th and when Viking and I trudged out of the ring empty handed my head was starting to drop, this was tough. I wasn't the only person saying this was the toughest show ever.

Greys next and it was Wasimba time. We love Wasimba, he looks great and is a bit of a favourite in Patouland. I was delighted with a third place as there were some very big names behind us which always makes me smile. I don't have a picture of Wasimba in the ring but here's one I took yesterday, he deserves to be seen. Being expertly handled here by Gus. 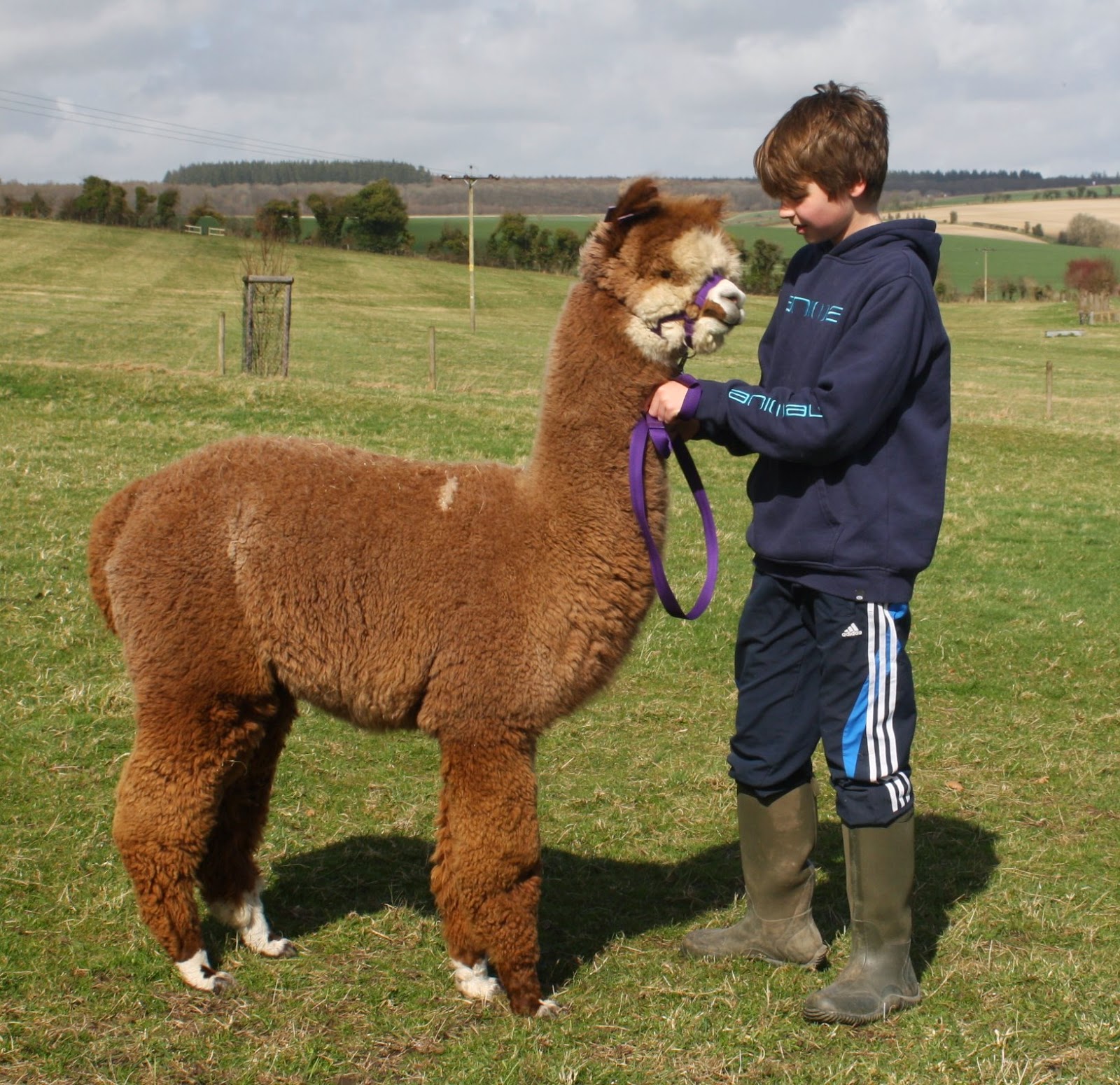 It was then junior brown male time and I entered the ring with Inca Instrumental, a male bred by the Inca Lord, who we are lucky to co-own with them. He looked tremendous and I was happy enough with a 3rd place rosette out of a class of nine. First would have been better obviously but there we go. I looked at the winner, a cracking little Meon Valley boy and couldn't argue much with the result. Well I could have, but the decision had been made. 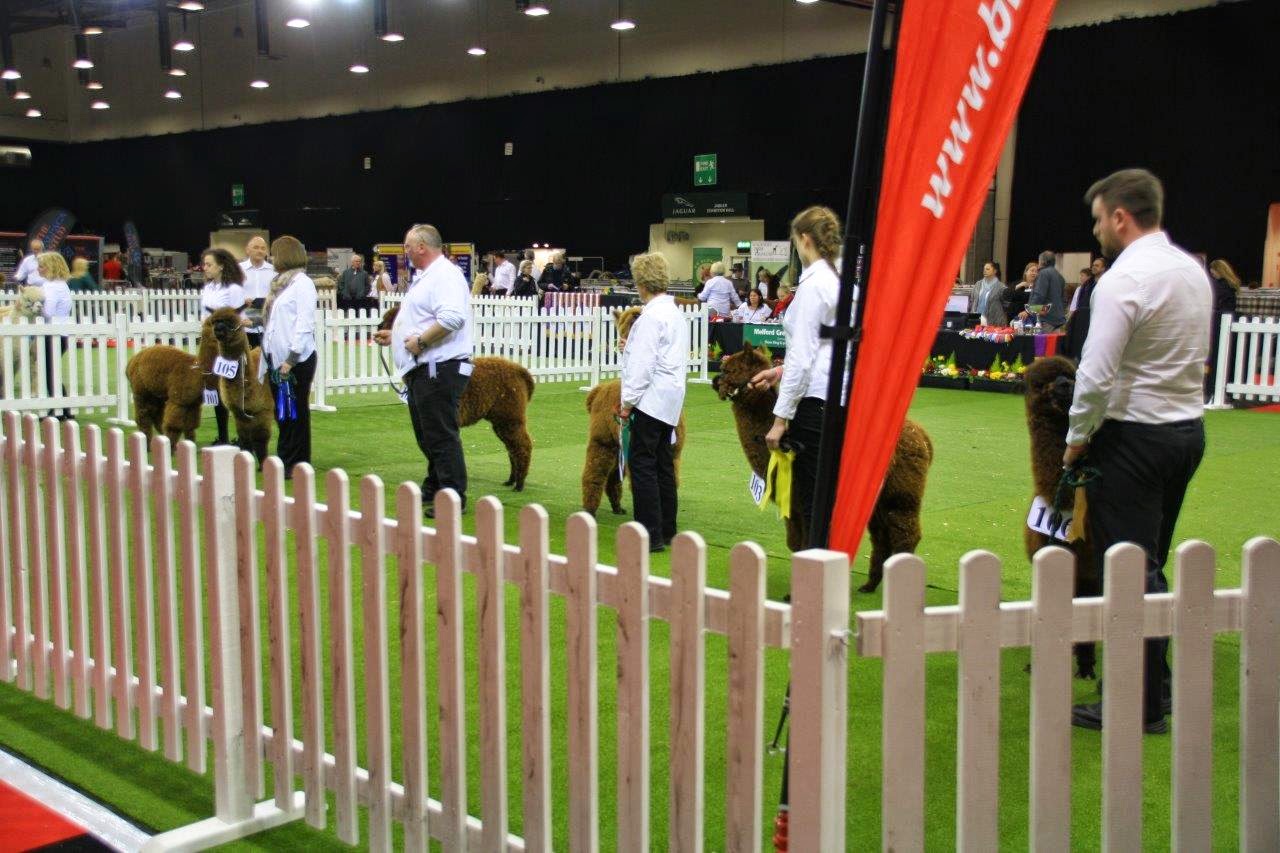 Tsar was all that was left and I have to say he was looking great. A big class of ten adult brown males and some serious competition meant a sixth place. Disappointing but redeemed by the judges oral reasoning who said some very nice things about him. 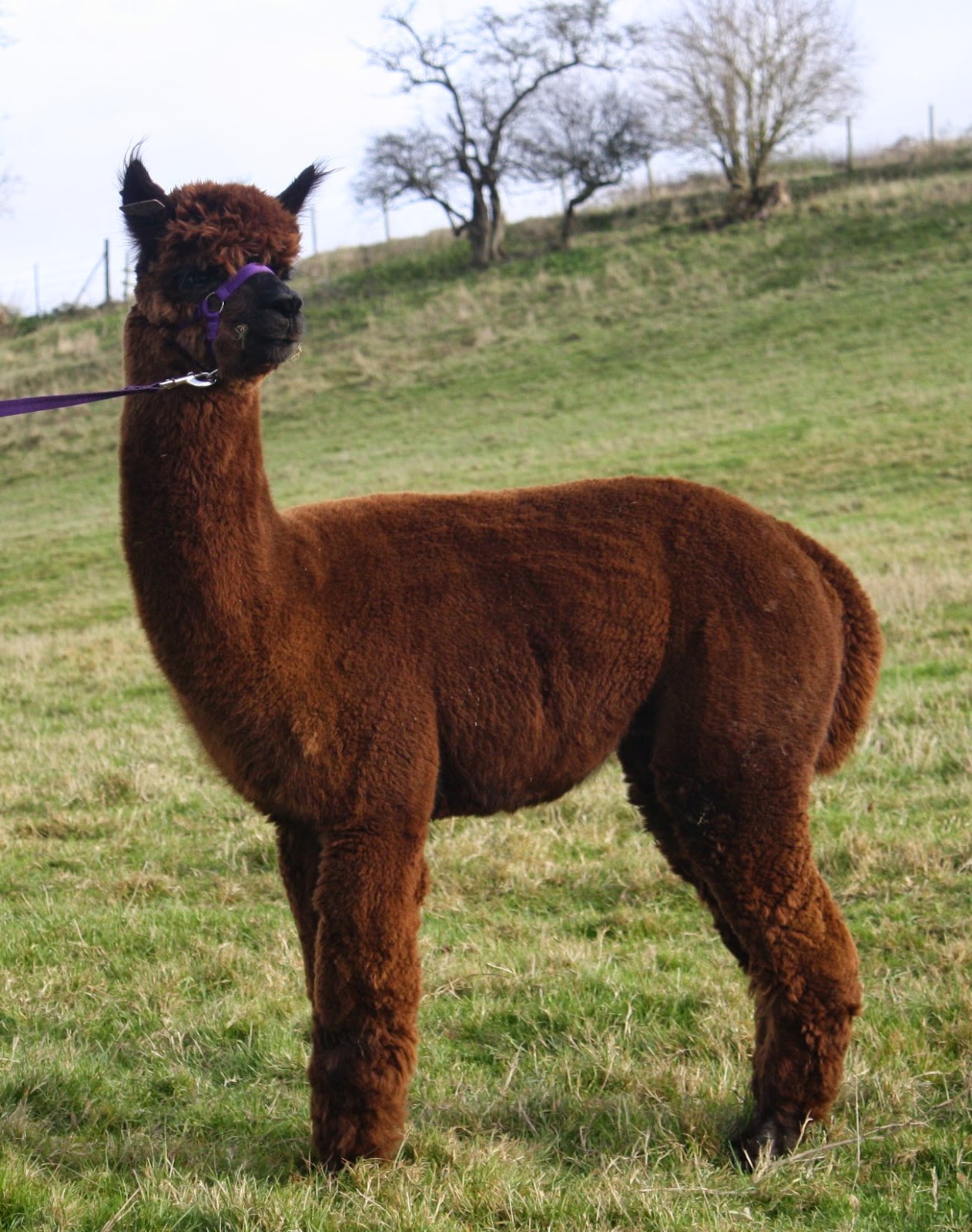 Friday night was quite a long one. I was somehow kidnapped by a mottley bunch from the north, including some odd fellows from Scotland. I was very pleased to see that Dave and Joy from Apple Vale (thanks for the photos Dave!) also came along so that when the northerners became drunk and unintelligible I would still have someone to talk to.
It was a good night and although I did promise to write my whole blog in scottish, I just can't. It sounds too much like a pissed Glaswegian ranting about tatties or something.
So I will say this and this alone. Fair fa' your honest sonsie faces, ya wee scottish bastaaartts!

Thank you all for making it a great show.