I mentioned in an earlier blog that this Australia trip was truly a trip of a lifetime and was only possible with the help of others. Australia is massive and we have only visited a small part of it.
Part of the brief when we were planning the holiday was to see how the Australian Alpaca industry was doing and how the quality differed, if at all, from the best alpacas in the UK.
As as result from landing we have been scouring the countryside for sightings of Australian alpacas. Here are our initial findings.


These two brown alpacas we saw on a rocky harbour wall at a place called Eden. As you can see they have recently been sheared and conformationally leave a little to be desired. Their legs are far too short, their necks are too short and their ears are just so wrong. I don't think these would get anywhere near a showring and certainly shouldn't be used as breeding animals. I made sure I told the captain of the boat that before the trip was over. I also pointed out to him that they were trifle overweight.....he didn't like that but what can you do? You have to call it as you see it. 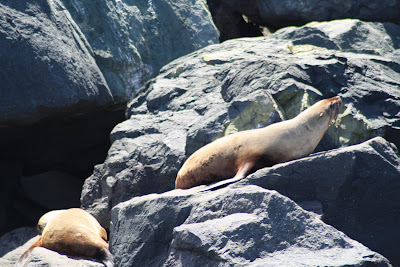 This next alpaca is a dwarf pygmy midget alpaca that we saw at a place called Tura beach. The little thing was actually able to fly and was still fully fleeced in magnificent green and red. Some sort of fancy I suppose? Again conformation was a massive problem for me. I pointed out the conformational defects to the owner of the property that the tiny alpaca was living on and she looked at me as if I was mad. I didn't press the matter and left her shouting something at me as I walked away. These Australian alpaca owners are very very touchy about their animals! 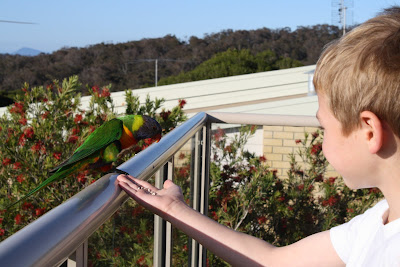 This next little female was in a large herd of about 50 alpacas off the coast of Jervis Bay. The whole herd had been very recently sheared, a bit too closely for my liking there was hardly any fleece left on any of them. Again (I'm afraid it is a common theme when talking about the australian alpaca scene) I had to comment on the terrible conformation. This poor female, like most in the herd had some sort of abnormal back line. Almost looked like some sort of distorted hump. It was difficult to make an informed comment on the fleece as there was none to be seen. Once again when I gave my opinion to the apparent owner all I got was a stare and a "You're off you're rocker mate", they just can't take an 'outsider making negative comments. 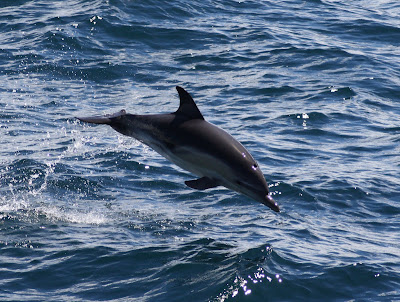 So there we have it for this installment. Not very serious I know but a serious point to be made. This trip of a lifetime is a family holiday and as a result the most important decisions have been made with the whole family in mind. We have seen alpacas in fields as we have driven past and sure at another time I would love to get stuck in and have a good look at what is in Australia.
However, the family always comes first, besides we have been having so much fun we literally couldn't have squeezed any alpaca farm visits in anyway. C'est la vie. We'll see some beauties in Tasmania tomorrow. No doubt about that!
Posted by Patou Alpacas at 07:16

Ha ha! Good to see you are trying to keep your eye in, Mark, but I think you may benefit from a refresher course when you return. Dave.

Think you need to have words with Tim...you clearly have the right idea! Glad you're having a great time...say hi to the outlaws for me!!

Glad you are enjoying the sights.
it is a beautiful coast line, and sounds like you should be going past us any day.
Hope you enjoy your trip.
raelene