Sue and I have been talking this week. I mean we have been discussing things, not just talking, we actually talk to each other very nearly every day! We have been talking because there are plenty of alpaca related decisions to be made. Matings and shows mainly and so far some decisions have indeed been made. Probably the biggest quandary was over The British Alpaca Futurity. We have loved going in the past, three days of total alpaca immersion, fantastic. But, and this was the reason for our long debate, it is a costly affair. It's the best show in Europe but it does come at a price. Anyway after hours of bean counting we have decided that we will be taking the Mighty Patou Show Team on it's first outing at this years Futurity.
A month after that and two days after the World Alpaca Conference is The Alpaca 2012 show which is being organised by the South West Alpaca Group. I am on the organising committee (I know, how very grown up of me) and we had a meeting last week. I tell you what folks this show is shaping up to be every bit as good as the Futurity. It is going to be at The Hand Equestrian Centre which is a fantastic venue. All the animals will be under the same roof, there will be two show rings, four judges and a fleece show. Not only that but huge TV screens will show footage of the judging and results and there will be an evening function too. I urge you to check out the above link and get your show teams entered. We will probably be taking the biggest ever Patou Show Team, it will indeed be Mighty!
The team itself has not just yet been finalised but is shaping up rather well in a largely brown sort of way. We've been out today getting hands on in the fleece department. It is interesting to note the way the cria that were shorn differ vastly from the ones that weren't. Here for instance is the lovely Sirrocco, our oldest cria absolutely covered in hay. 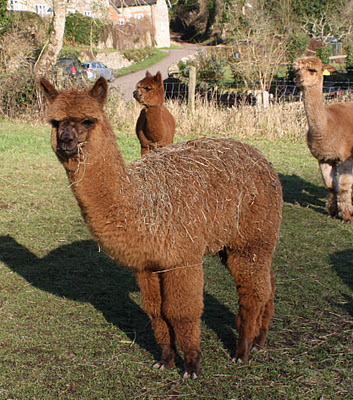 And now here we have Sabrina, shorn as a cria, who is just as lovely but much, much tidier! 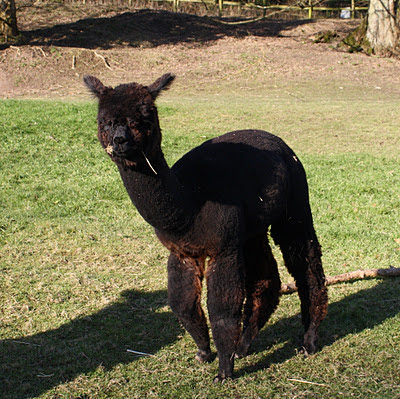 Again, here is Sherwood, shorn, neat and tidy.  The shorn cria also have a habit of walking about with a clump of hay sticking out of their mouths. Sort of like a badge. 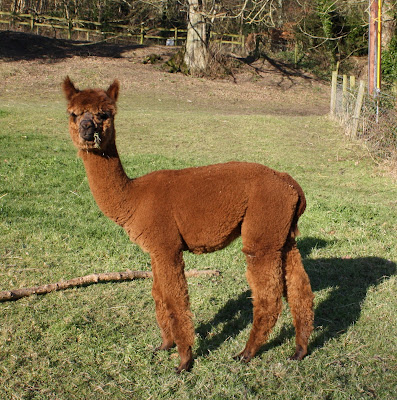 Woody and Sabrina will be in the show team, Sabrina (full sister to the awesome Ruby-May) has a fleece that is just getting better the longer it gets and Woody's has been super right from the start. The decisions about who we take and who we leave will be the toughest selection process we have ever had this year. I can't wait to get all the potentials together next month and make those final decisions. Halter training will be under way soon!
Posted by Patou Alpacas at 17:20

It's starting...the excitment of choosing the show team...looking forward to seeing the Mighty Patou Team choices at The Futurity!