The balance is tipping!

There has been much ribbing about our lack of female cria this year (I could say Qjori's lack of female cria but this is Team Patou, we take the blame, praise, biscuit together, as one).
All sorts of things have been suggested as to why this has happened and I'm afraid I have refuted them all. You may know that the lovely Mrs S is a midwife and has been for a long time so she knows a thing or two about babies and the things people do to try and influence the sex of any offspring. Human babies I know, but the same applies to most species and definitely to alpacas. Every birth there is a 50/50 chance of a male or a female. It will all even up in the end.

Well I might just take this opportunity to point out that the balance is tipping. The girls are turning up.

Firstly I have news of two more Qjori cria from Andy and Viv at Reddingvale. Firstly a brown boy out of a white dam, as yet unnamed, when I spoke to Andy yesterday he was still being known as 'Brown Boy'. Come on Andy you gave Quintus such a splendid name what about another Q name? 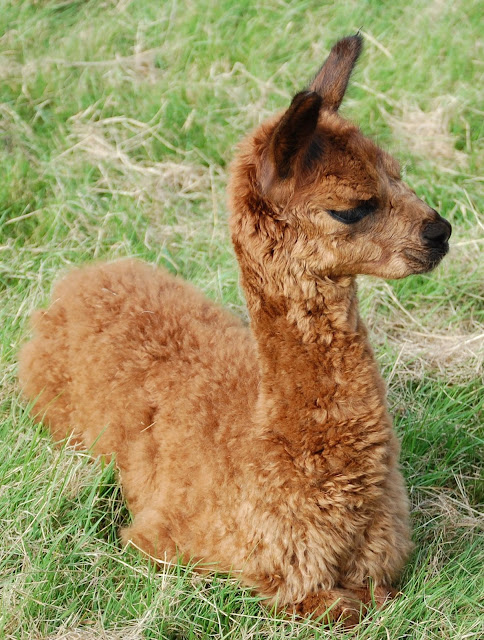 Secondly, and also out of a white mother, a gorgeous smoky brown female, currently called Reddingvale Cappuccino (sounds good to me), nice job on the colour Mr Q! 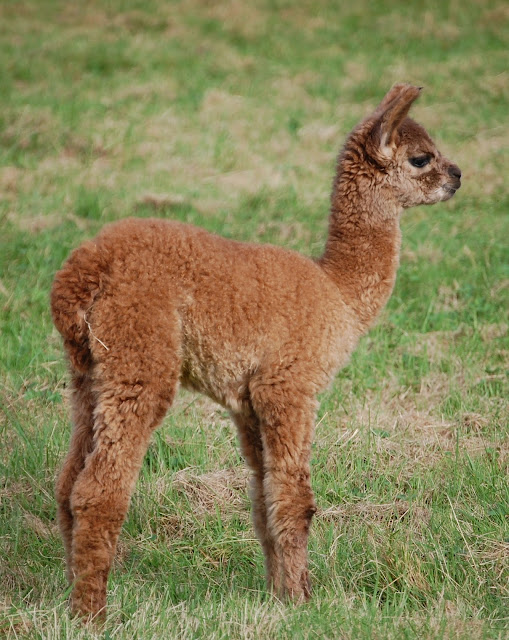 I also have news from Snowdonia, new home of Karen and Crispin at Winterhead Alpacas who have also just had two Qjori cria. Firstly, the wonderfully named McCrimmon who is as cute as a button. 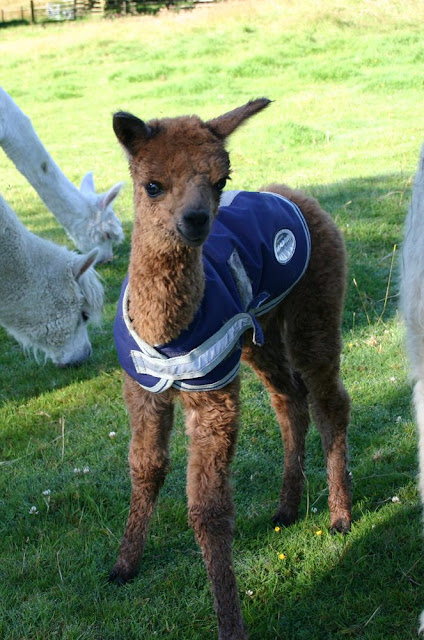 Secondly the beautiful SarahJane, pictured here with her mother against a super Welsh backdrop. 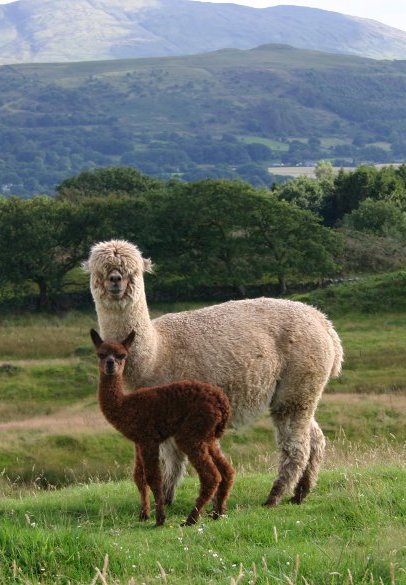 I have also received news of female cria down at Snooks Farm Alpacas and another female over at Old Stour Alpacas.

There are still plenty of Qjori cria to come, how many more girls is anybody's guess but I'm feeling a lot better about it all now!

What a superb job the boy is doing...never mind the sex just look at that colour...well done!

Do you and Sue fancy a little break in Cumbria next year?...we can find a nice little shelter for Qjori, with a girl or two thrown in!!

I agree with you Barbara he is stamping his colour wonderfully. We have had 2 Qjori cria this year both from light fawn mums and both are a fabulous brown. One boy and one girl. Still another two to go so fingers crossed...