Thanks for all the messages and good wishes over the past couple of days, I can report that we are back on track and the Mighty Patou machine is rumbling on!

An update on the little brown Qjori boy. After a night with us and a bit of TLC he is stronger and feeding from his mother. He is dis-mature though so we are watching him very carefully. He had a couple of doses of bovine colostrum, has been covered with long lasting antibiotics and we are topping him up with supplementary feeds for the time being. The glorious warm sunshine is helping and I am sure he will be OK. Two thirds of the naming committee (it is a big thing here) are at school and work respectfully. I am not permitted to name anyone without consulting said committee but I will have some strong suggestions at the end of the day.

So here is unnamed boy in his 'padded cell' in our bedroom. 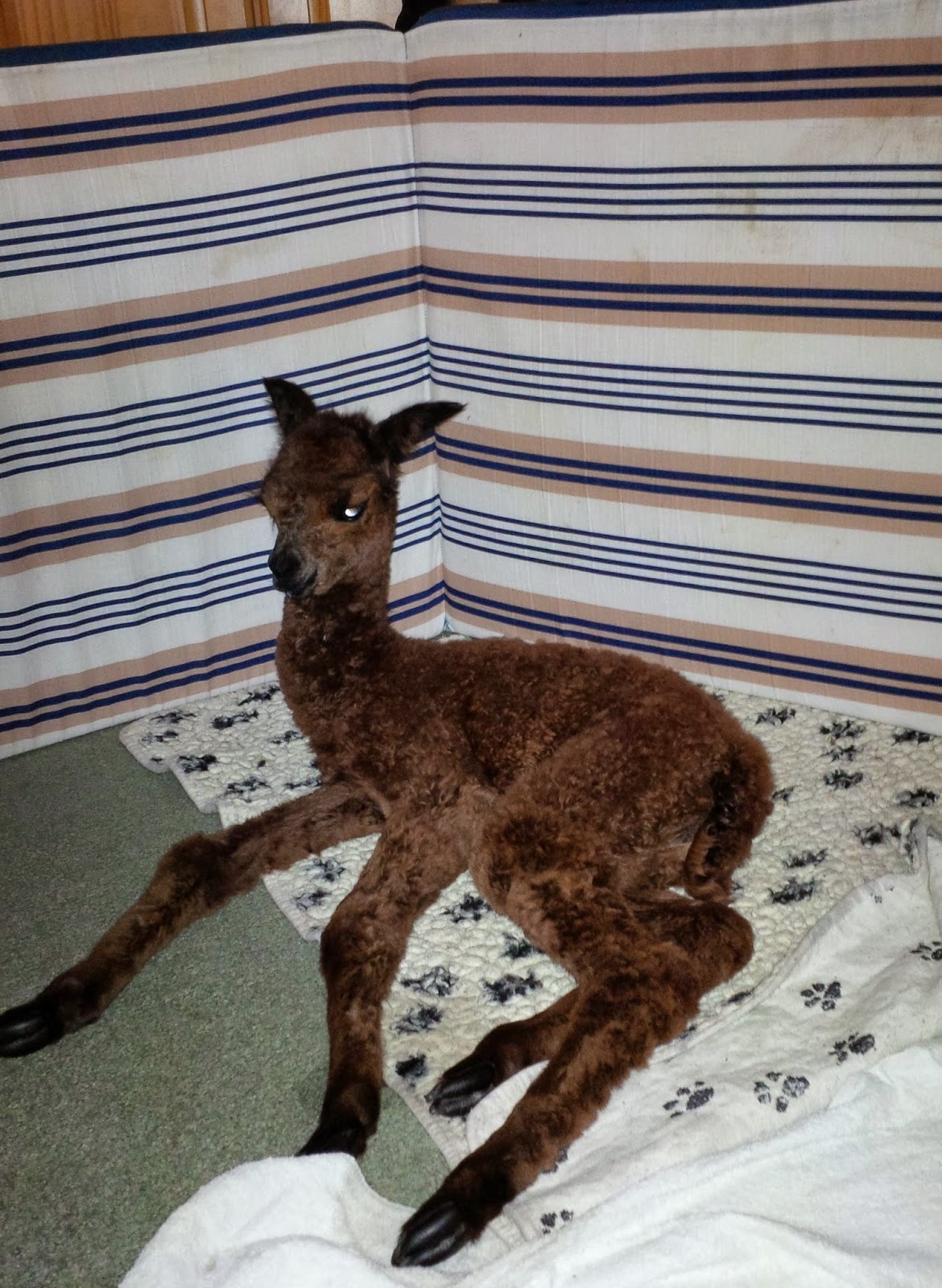 And here is the little munchkin with his mother the following day. 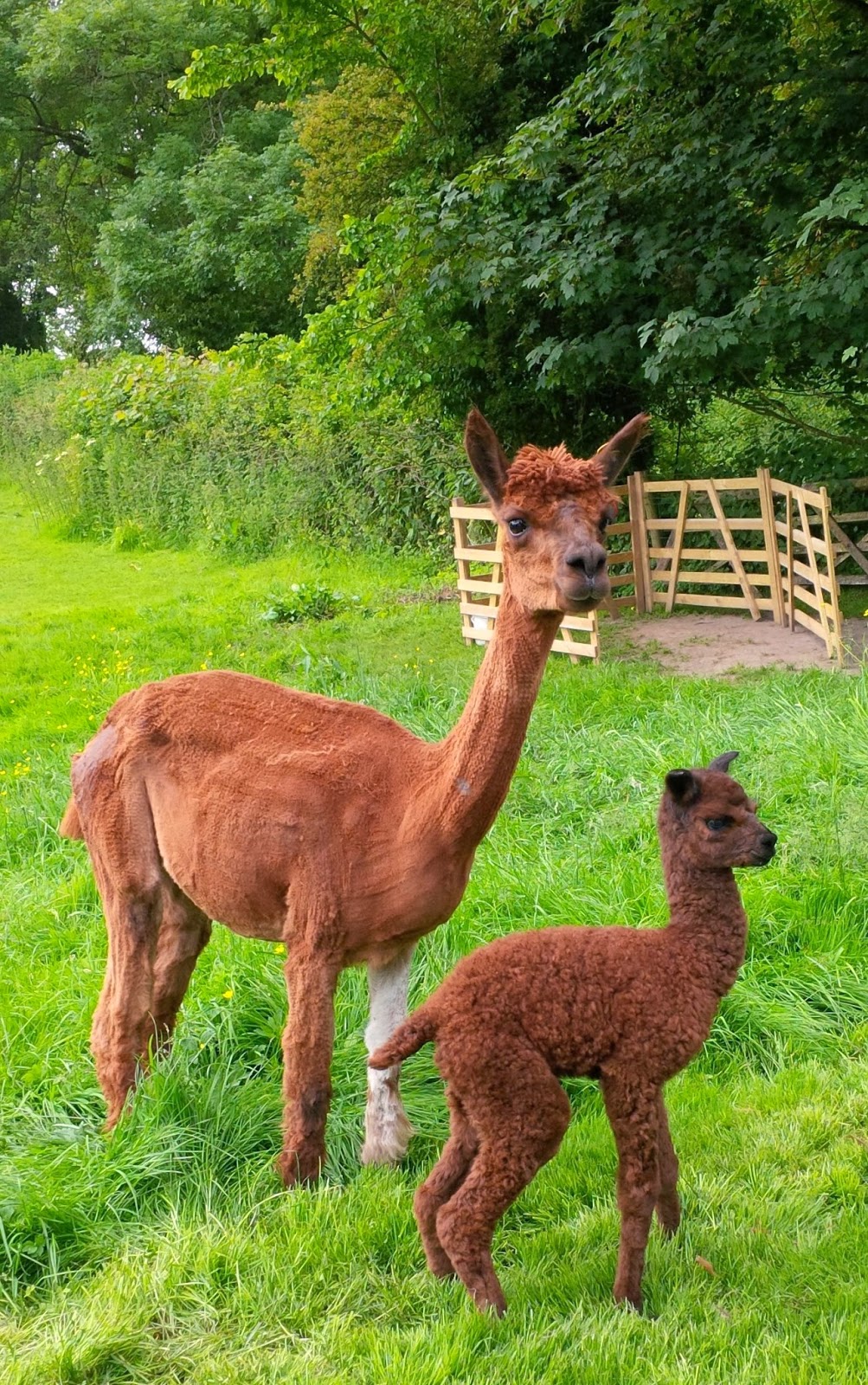 Yesterday we moved into shearing mode, bit of a clue in the above picture. I heard Colin Ottery and his side-kick Seb arrive at 0750hrs as I was looking at the back end of a female, Rosa, from across the field as she looked to be acting a bit oddly. By the time I got to her a head and two feet had been pushed out and a short while later a large brown Qjori girl arrived! She was in a cush almost instantly, up within an hour and feeding within 2. She is now hard to catch and pops up in all corners of the 5 acre field, almost instantaneously. I think she may be some sort of shape shifter. She will also be named this evening. 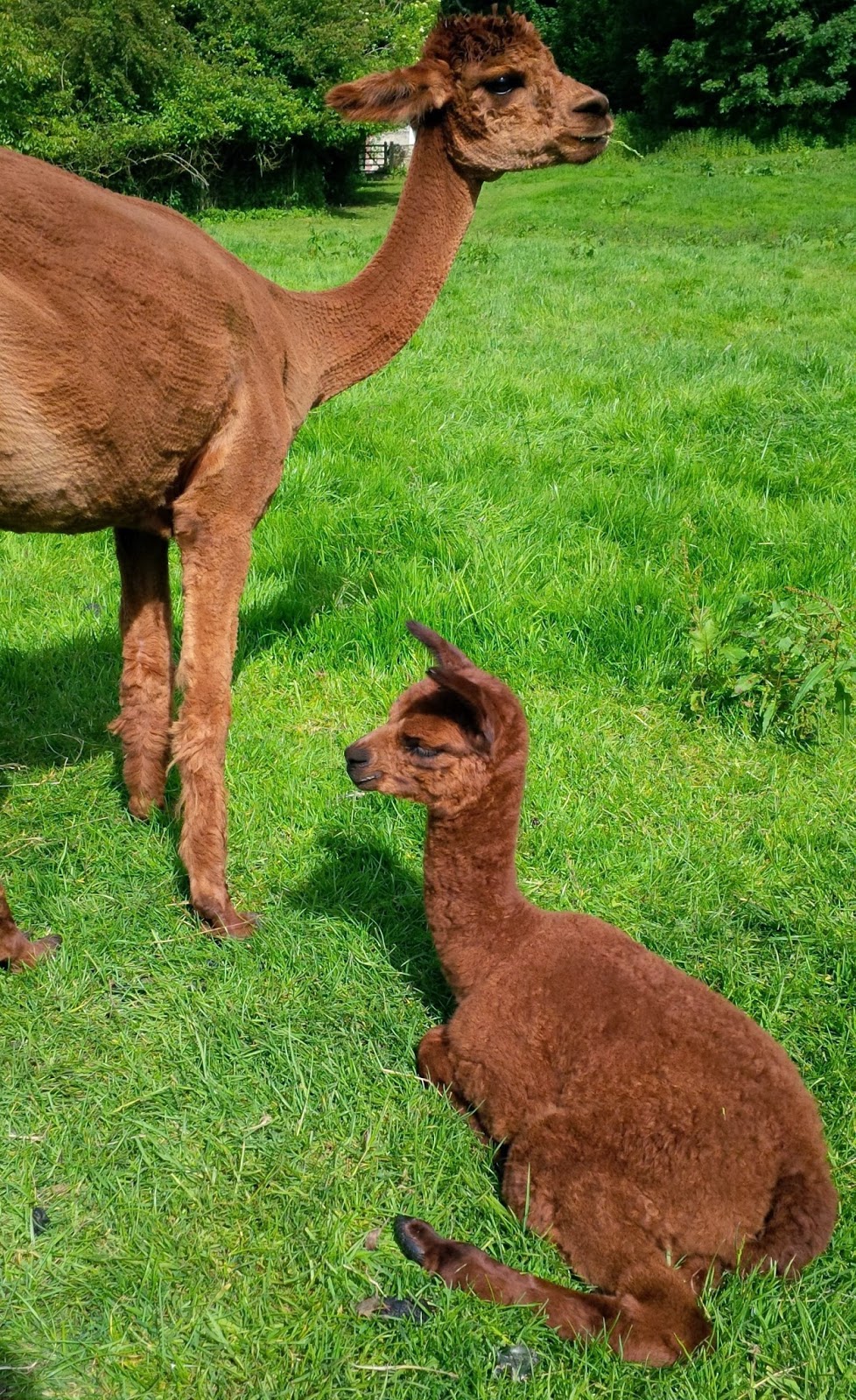 Today I am on cria watch again as we still have seven females due this week and there are a lot of suspicious looking ladies out there. Minstrel makes a habit of giving birth on my birthday, today, and she was wandering about with her tail sticking out earlier.
The herd looks absolutely scrummy at the moment, newly shorn, suede to touch and of cartoon like, almost alien appearance, my favourite time of the year.
Here are the hooligan mobsters, last years boys, they follow me around the field like a team of pick-pockets waiting for an opportunity to half inch my wallet. When I turn round they all look around as if to say "Who? Us? No, not up to anything here". I am sure of they could whistle, they would. 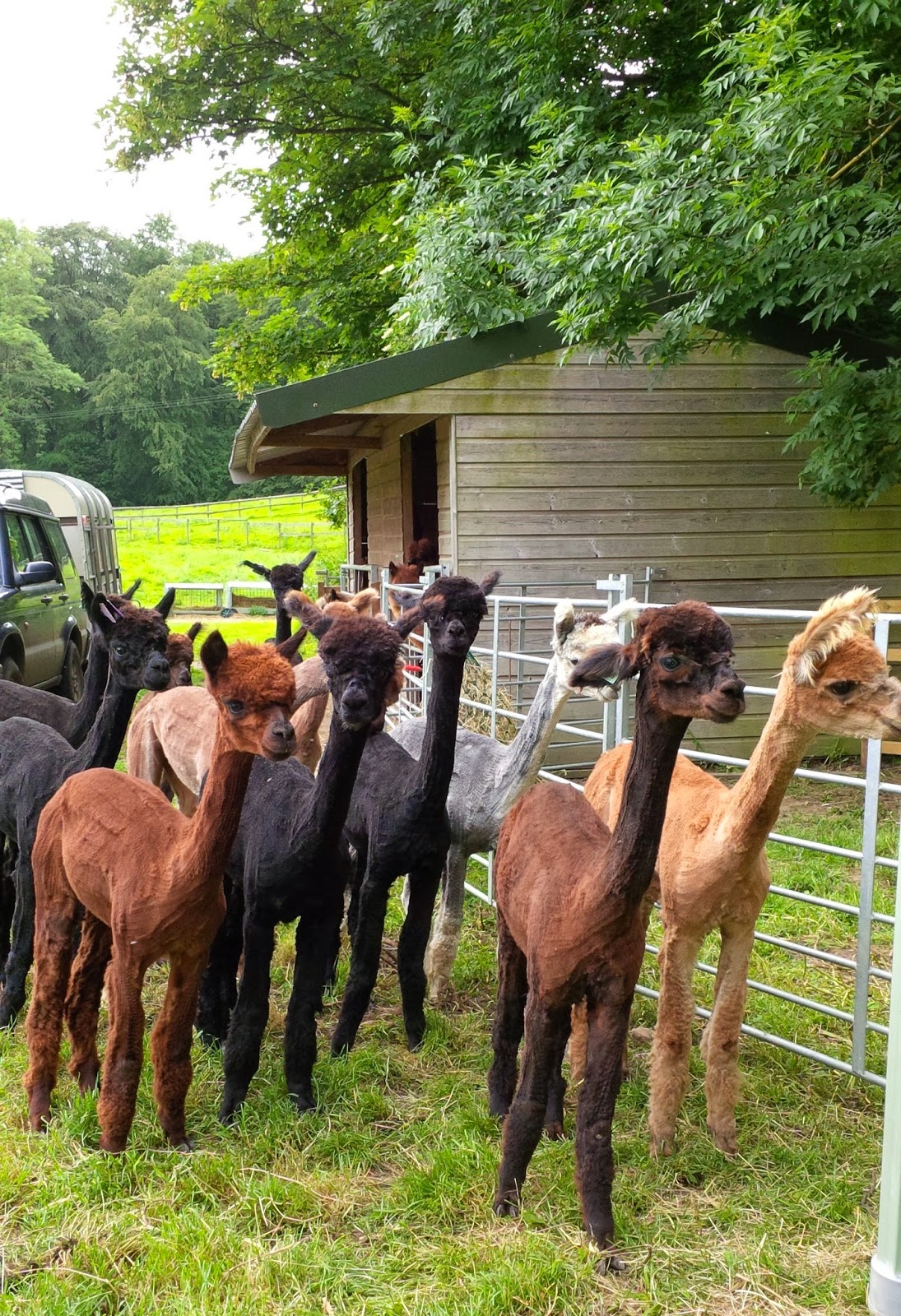 The 'Mighty Patou' is looking good. Good luck with the new arrival and the naming ceremony. Jayne

Happy Birthday! Good day for naming babies - you should get your own way!

Glad you got your mojo back, and happy birthday!