Right, as promised I have managed, or rather Sue and I have managed to get some fleece shots to illustrate what I was wittering on about a week or so ago. Remember, fleeces changing and all that? They are not the best photographs as there seems to be a real knack to getting decent fleece shots and we don't have it yet, but we will be practising again soon.

The first subject is little Todd, resident pie-face. He was sired by Qjori out of Alice, a white Mateus girl.
After a week his fleece was brown with no colour contamination. No sign of any grey, just brown, and his white face of course, and his white feet. 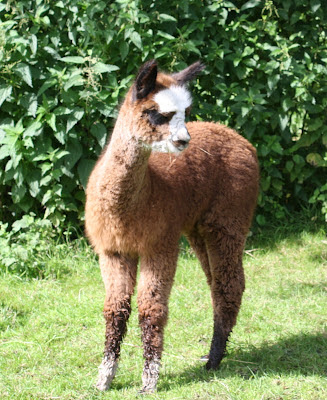 A couple of days ago this is what we found! The top inch or so is brown and then, as if it has been dyed, it changes to dark grey! Not sure if he has enough white marking to be classified as a grey but he has to be pretty close? 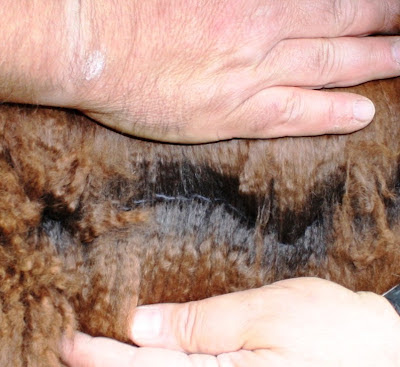 I can't offer you anything as dramatic as that as far as fleece changes go but here are a couple of cria and fleece shots that we managed to get. Next is Troy pictured with his mother Penny, leading light in the 'Hair-trigger spit monster' family. She is a Canchones Witness girl and again Qjori is the father. Look at her, she has just about had enough of me looking at her and is about to get really annoyed. She is our spittiest and kickiest alpaca, but she loves me really. 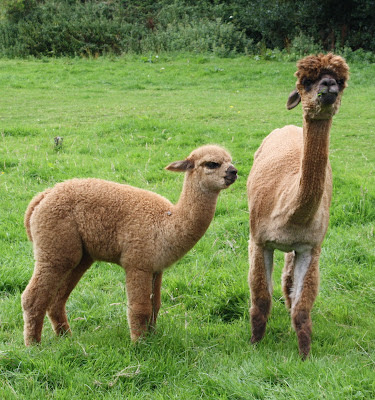 Here is his fleece. It is a very bright and dense fleece with a lovely structure to it. Light brown or dark fawn? Time will tell although I think it is light brown as we don't breed fawns. 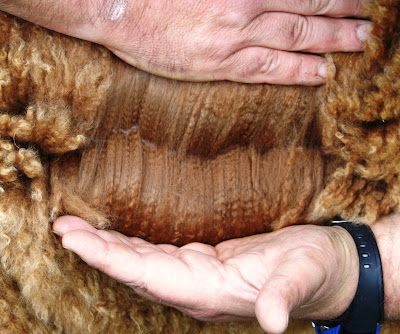 Next up is our fawn boy Tarquin. Hang on a minute we don't breed fawns. Here is our very light dark brown boy Tarquin, or the Mighty Quin as he is known here. Quin is a Jack of Spades boy out of Bobby, a fawn Mateus girl. Bobby is Penny's mother and probably edges Penny on the spitting front but doesn't kick much. She want's to love us but just can't bring herself to do it although she tries very hard. You can see it in her face. 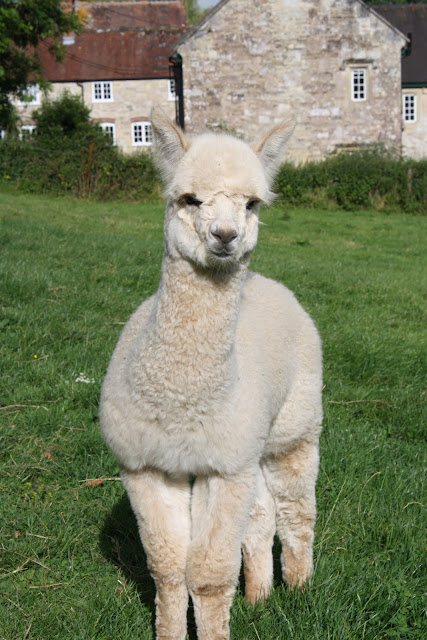 The Mighty Quin has a reasonably dense fleece with a big bold crimp and I think it looks quite nice for a brown albeit a very light dark brown. Not sure we'd get him into a brown class though? 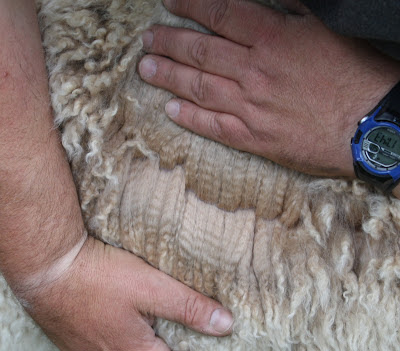 That's all the fleece shots for now although the one I really want to show you will have to wait until next time. I am on my own all week as Sue is working days and I am working evenings. We exchange a few words at breakfast time but that's about it. C'est la vie!

As a taster of what is to come here are a couple of pictures of Patou Tsar. He is another Qjori cria and his mother is Patou Amelie, a superstar of the herd and the most beautiful alpaca we have, in my humble opinion.

Tsar has the most amazing cria fleece that I have ever seen on a brown alpaca. He is far and away the best cria we have produced in seven years of striving for perfection. He is a little cracker. 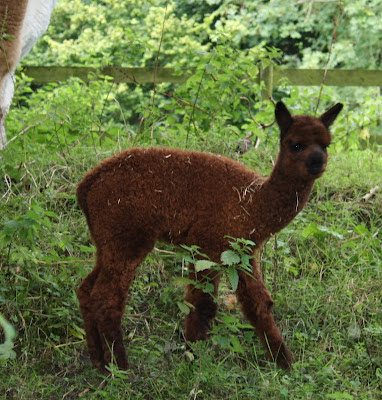 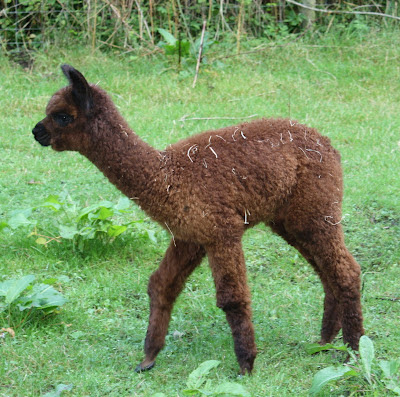 Here is his mother, Amelie, who as you can see is just totally gorgeous, 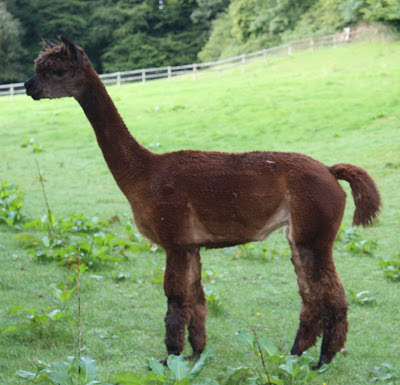 Tsar does indeed look a little cracker! The silver fox says - will we have competition in the ring next year with your "grey" boy?

Definitely brown, just like my brown boy. You'll just have to get used to the judge always referring to the colour charts.

Good photography Mark (or is it Sue they don't look like Sue's little hands in the photo). So difficult to take cria fleece.

Their fleeces look so long. Looking forward to seeing Tsar's fleece. He looks good from the outside!

Nice photos Mark, it's getting the parting right that's the difficult bit (being a 'baldy' you don't get much practice!). Their fleece is long isn't it?

its the dyeing effect of the amniotic fluid. Our grey, Tannara, had lt fawn fleece till her grey grew in properly. course it wasn't really fawn, it just looked that way. She is MSG.