The eye of the storm.

There is a strange feeling of calm here in Patouland. We have gone from the frenzied all guns blazing attack of searching for somewhere that would accommodate us all to the annoying period whereby we wait until we are given the green light to move in. There are so many things that need to be done and so many of those things that need to be done can't be done until something else is done, if you get my drift.
In true Patou style (or is it just me) having said that we would never move ourselves again, we are doing the move ourselves, with a little help from friends and family of course. The beauty is that we have two weeks in which to move. Of course it won't be enough time, there is undoubtedly going to be a mad panic towards the end, there always is with us. Did I tell you about the time we went to Gatwick to catch a plane somewhere (obviously) arrived three hours early and still very nearly missed the plane? No? The look on that woman's face when we hi-jacked her buggy thing was priceless. Perhaps another time but believe me when I say that we can always subconsciously engineer a last minute rush.
However, annual leave has been requested and people and equipment are on stand-by.
The alpacas, as you might suspect, are completely oblivious and are lounging around doing very little, as usual.
I had a trip out this morning with Qjori to meet a couple of ladies at Reddingvale and upon my return there were alpacas crashed out everywhere. Sometimes I wish I was an animal. Take Josh, our chocolate Lab, what a life he has! He is walked at least twice a day, fed twice a day and spends the rest of the time lying about without having to give a second thought about upsetting anyone by farting or burping. As I write this he is spaced out under the table and the unpleasant odour of fermented and digested alpaca poop is gently wafting up from under his tail. Not a care in the world. Sometimes I am deeply envious.
Anyway, alpaca pictures, a must in every blog, so here are some that I have taken this morning.
Little Sandstorm, he who should have been a brown girl, is first. He is a little Jack boy and has the most splendid head in the field. 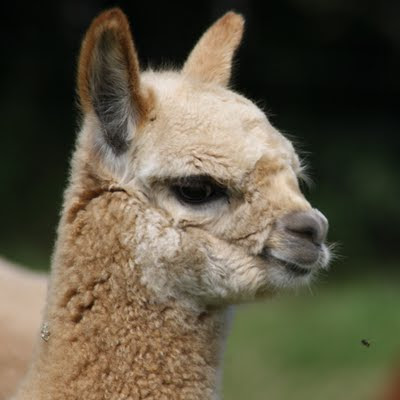 Next is a barely conscious Sebulba, dried milky chops and a yawny floppy head, really stressed that boy. 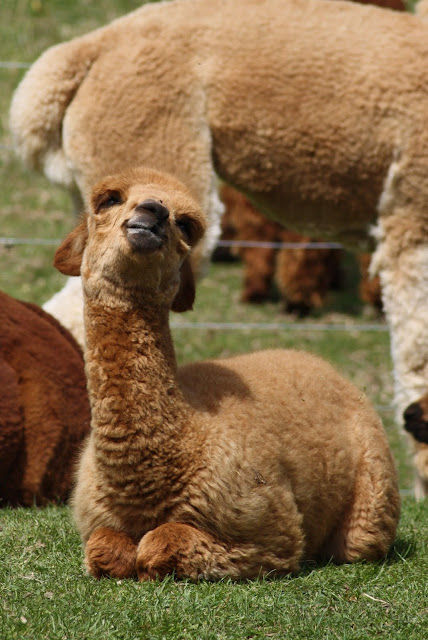 Then the darling of the herd, Spirit. Her mother Polly was originally for sale but once we saw her little Columbus girl she was immediately removed. Spirit is a little cracker and I thnk Sue's favourite. They are both going to be with us for a while I reckon. 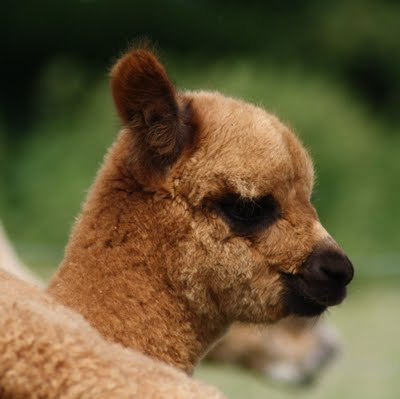 Here is Sahara nibbling at some grass, still a worry, still acting completely normally apart from her breathing which may or may not have improved. It is hard to tell but Sue and I both think it has a little. 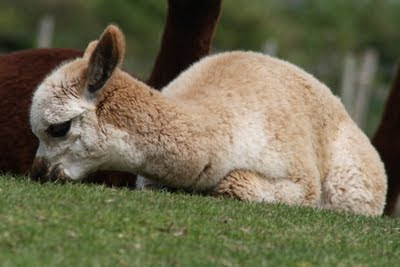 These fluffy bums belong to Sabrina (left) and Saracen, I crept up behind them to see if I could hear what the were talking about and I was a bit dissappointed really. Grass. How much grass do you eat type thing, very dull but I suppose what else would they talk about? I left them to it. 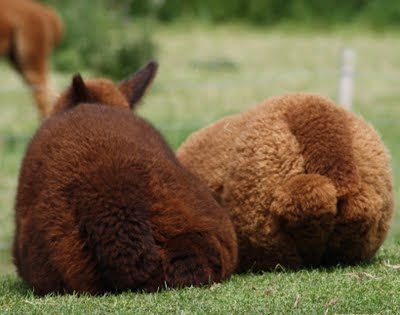 Sienna, who probably takes the prize for the most elegant cria this year is caught nibbling her foot. She even makes that look elegant. 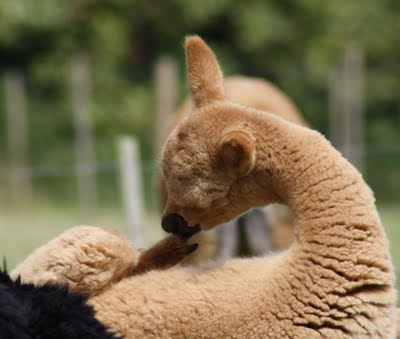 ﻿
So there we have it for today. We are now off to measure some fences. The new land is divided up into paddocks but only with post and rail fencing. The land used to accommodate horses and two rails certainly isn't going to keep alpacas apart. There is work to do as I said but before that there is inevitably much preparation to fanny about with.
Posted by Patou Alpacas at 13:55

All systems go then, glad you found somewhere suitable.
We have rented land and use 'New Zealand fencing' basically large strainers either end of fence run and 5 or 6 strands of plain high tensile wire, then fence posts which are really just spacers so only knocked in about 6 inches. very easy to put in and remove when necessary.

What fantastic photos Mark...agree Sandstorm has a great head...but they all look great. How big is the show team going to be...are we going to be able to guess by the cria shearing?

Barbara has taken the words right out of my mouth (to quote Meatloaf), regarding the photo's.

Fantastic photos of this years...line up...those babies are looking extra gorgeous.....hope the move continues to run smoothly......sounds like you have everything under control !.....hope Sahara continues to improve for you.....Jayne

Great photos, Mark. Beautiful. It's a good thing Sebulba looks nothing like Sebulba from Star Wars ;-)

Let's hope for Mrs S's sake (and yours!) that your envy doesn't relate to the creation of wafts of fermented alpaca poop!