It's all about the boy

Anyway, I felt that having shown you some cria fleece photographs and then told you that there was one even better still out in the field that I ought to at the very least make the effort. Patou Tsar, is the little monkey that has had Sue and I trying as hard as we can to recreate what we could see. Why, because I think he is rather special and I am very proud of him. I mean just look at him. 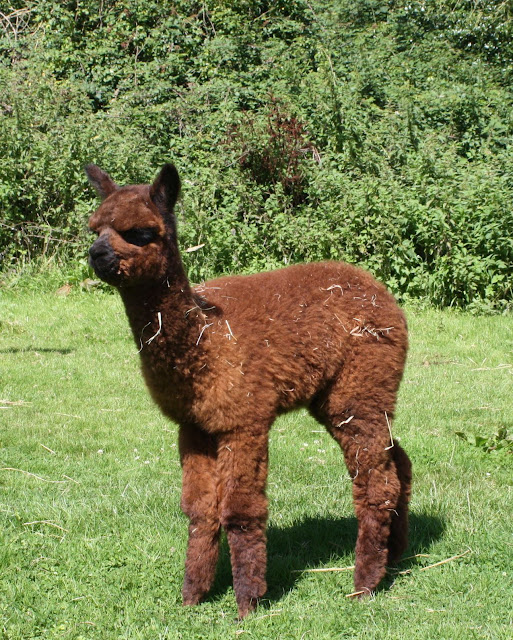 So we have been out with two different cameras, in the sun, in the shed, flash on, flash off you name it we tried it and to be honest we were disappointed with the results. But here are the two best pictures out of a pretty poor bunch. I hope they at least give you a flavour of what he looks like. To know what he feels like, well that's a bit harder, you'll have to come and visit! 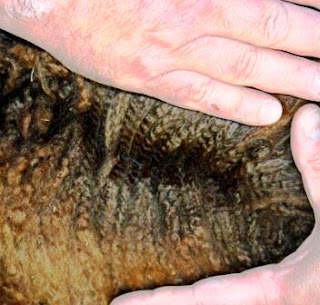 It's amazing how different the colour is between these two pictures. One taken in the sunshine (below) and one taken in the shed with a flash (above). Both Tsar, I promise! His real colour is somewhere in between. 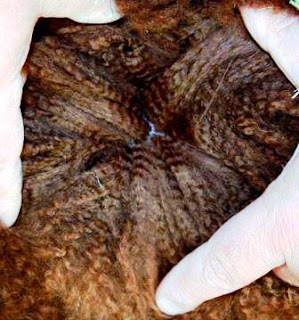 We seem to have rather a lot of brown boys here, you could almost call it a brown male production line. This weekend we are off to the Romsey Show and surprise surprise our show team will consist of three brown boys. Sherwood and Sultan who are just over a year old and Roger Resilient who is now into his third year. We have recently put Roger up for sale as he's related to too many of our girls. Roger has started working this summer and if anyone wants to see his details he is on Alpacaseller and on our website. The weather looks set for a great weekend down here in the south and hopefully The grounds of Broadlands where the Romsey Show is held are dry and firm it should be a great show.

Right I'm off to do anything apart from try and take fleece shots, I am done with them!

You've done very well with those fleece shots - they are incredibly difficult!
Lovely looking fleece, no wonder you are proud!

I think the fleece shots are great too .... sometimes others can see better what you are actually experiencing ! Good luck with the weekend and the show team...Im sure you will come back with results ......Roger looks stunning !! ....Jayne

Yummy, fine and silky and chocolatey.