The clock is ticking.

I have enjoyed reading about peoples exploits at the Alpaca Classic event, it sounds like it was great fun and very well organised. Usually at the merest hint of free booze I'll be the first to arrive and the last to leave but on this occasion the dreaded day job intervened as I was working evenings all weekend.
So as the canapes were being passed around and the chilled Pinot Grigio was being swilled I was doing one of several things. I was either trying to talk sense into someone who could barely understand what I was saying, he wasn't foreign, no he was British he was just too stupid to understand that it wasn't nice to swear at his mother all of the time. Or I was chasing a group of drunkards who having managed to get themselves onto the roof of Lloyds bank were now throwing pies at passers by. Perhaps I was trying to talk to a man who was so drunk that he thought I was his wife and was trying to kiss me just before he passed out. Maybe it was when I was trying to explain to a man who was quite obviously stoned out of his brains that 1am wasn't the appropriate time to be playing 'gangsta rap' at full volume in the middle of a housing estate.

Whatever I was doing I would have rather been at the Alpaca Classic!

Still I have a little under 14 months to go at the day job and then I can hand my cuffs in and devote my time to the Mighty Patou herd. I can't tell you how good that sounds!

Today was a day off and as the sun was dropping I took the dogs out and grabbed a few pictures of the herd for your perusal.

The lovely Reeya is first, she demanded to be photographed by walking up to me and standing right in front of me. I was happy to oblige, head shot only as I couldn't get far enough away from her. 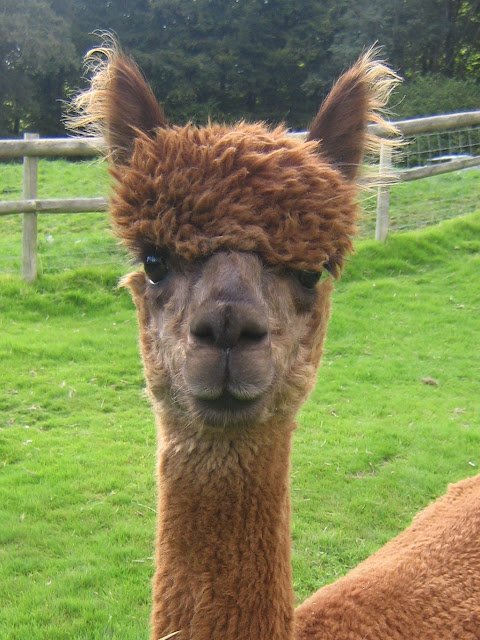 Approaching from the rear was Millie with Tsar Tsar Superstar, a very photogenic couple, beautiful colour. 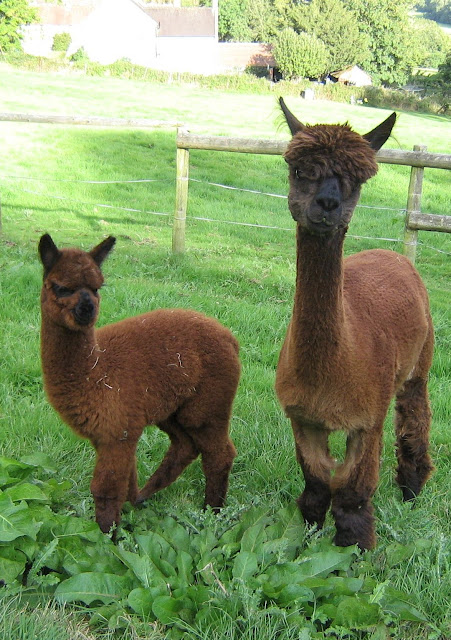 Then Talisker, who had come over to see why I was taking pictures of his mother, arrived and posed. Qjori and his minions are in the background, although Qjori is playing it cool by lying down facing the other way. 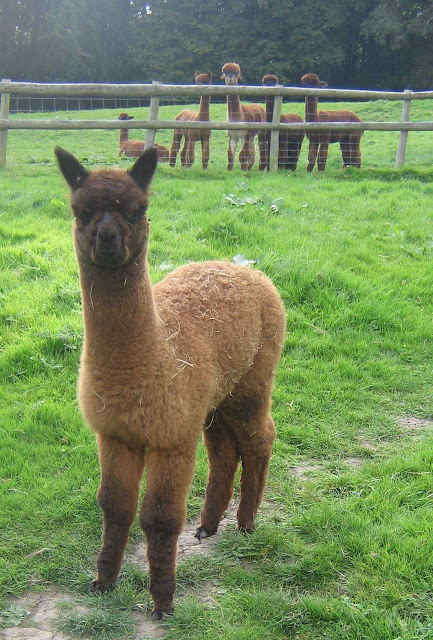 I then went in to the main field and was approached by Mr Angry himself, Troy. he always has a frown on his face. His mother is Penny, the most volatile of the 'Hair-trigger spit monster family' so maybe it's no surprise that he always looks ready to stick the nut on someone. 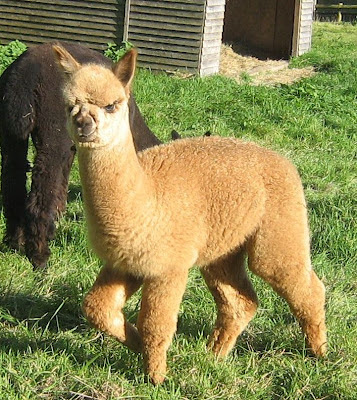 Finally today is Thor (God of Thunder) who is looking more and more splendid every day. He is the only black Qjori cria and we are very pleased with him, he has amazing fleece coverage. 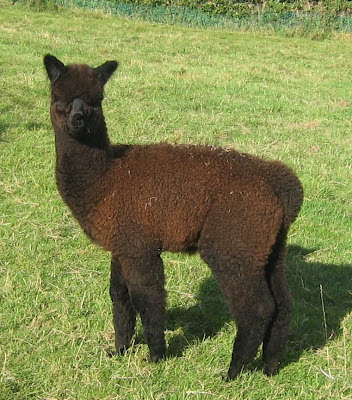 Tomorrow is another day off so there is more alpaca stuff to get through as well as a hundred other chores then it's back for another weekend of conferring with the intellectually challenged.
Every shift is a day closer..........

Don't wish it away Mark...you might just miss the day job...okay versus looking after the herd maybe not...you can always practice your policing skills on the drunks at the shows...say no more!

Yup.....my pick of the babes this year has to be Thor. Smashing coverage for a little 'un. Me thinks France is a long way to come for a service in a couple of years though.