Dry land for the boys!

We had a relatively dry couple of days this weekend so decided that we would finally be able to start weaning! This is the latest in the year that we have ever weaned and it is purely down to the weather. The land is so wet and boggy that we haven't been able to get the trailer near the gate and halter training has just been out of the question.
However, with a drying wind and some warm sunshine we took the opportunity to get all thirteen male cria weaned. Usually we leave the cria where they are and move the mums, but this year, again due to the weather, we have done it the other way round. So all the boys were rounded up and carried across the swampy mud to the trailer. First I had to clear the trailer of a few bales of hay, one of which was immediately claimed by the chickens! 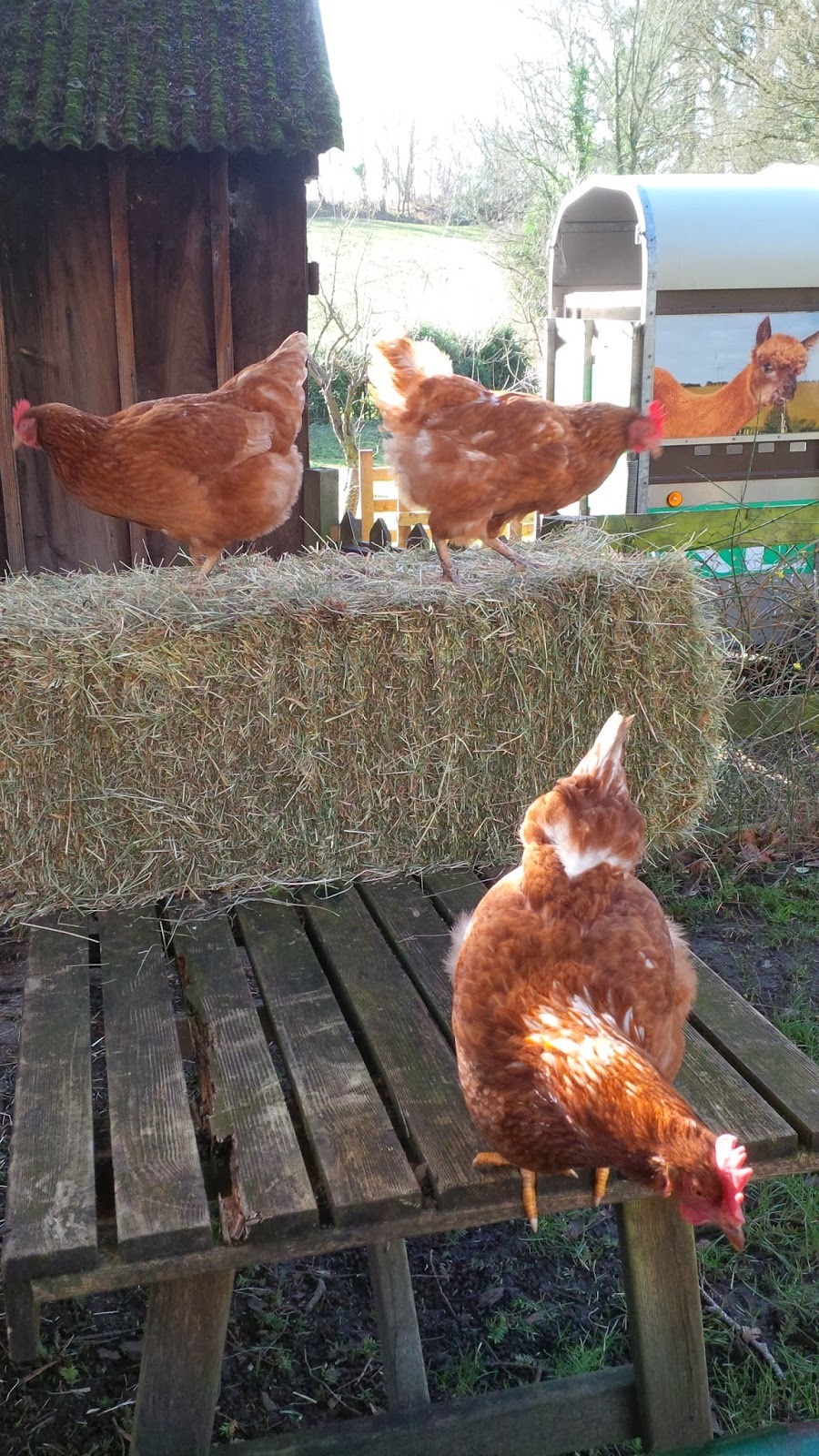 Five minutes down the road and all the boys were all released into the dry land that we rent in the next village. Qjori and Tsar had been selected to stay as company and guardians for the gaggle of youngsters whilst the rest of the big boys were moved one field along. Qjori was immediately swamped as the boys gathered around him as if he was some sort of superstar (well he is a bit, to us at least). Tsar was very interested in the new arrivals and tried 'riding' several immediately. He was then pursued by Wilbur, our biggest weanling, who obviously thought that Tsar looked like his mother. Every time Tsar stopped running Wilbur stuck his head under looking for milk, all very odd indeed!

The boys assess their new surroundings in the sunshine, dry land at last! 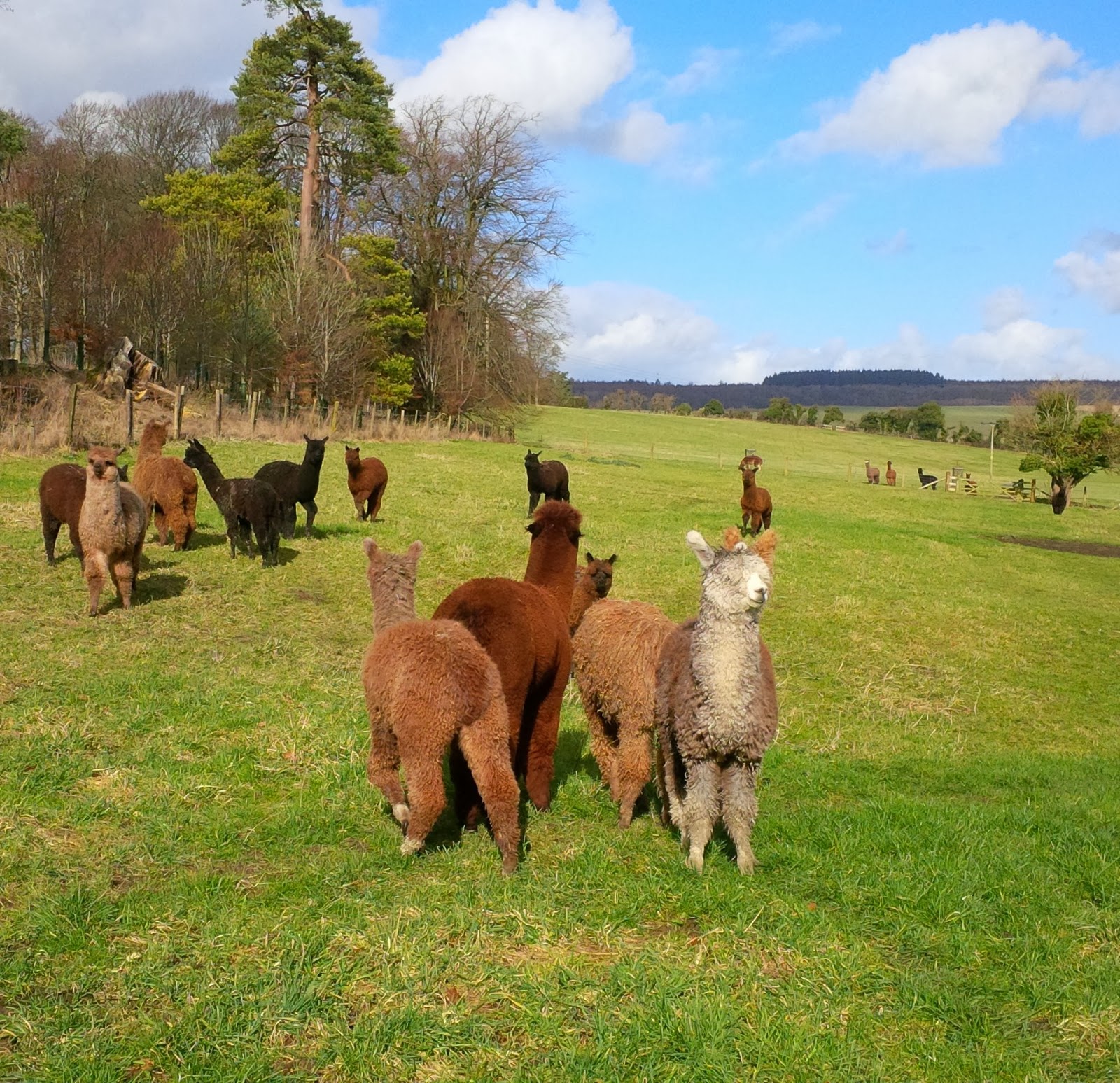 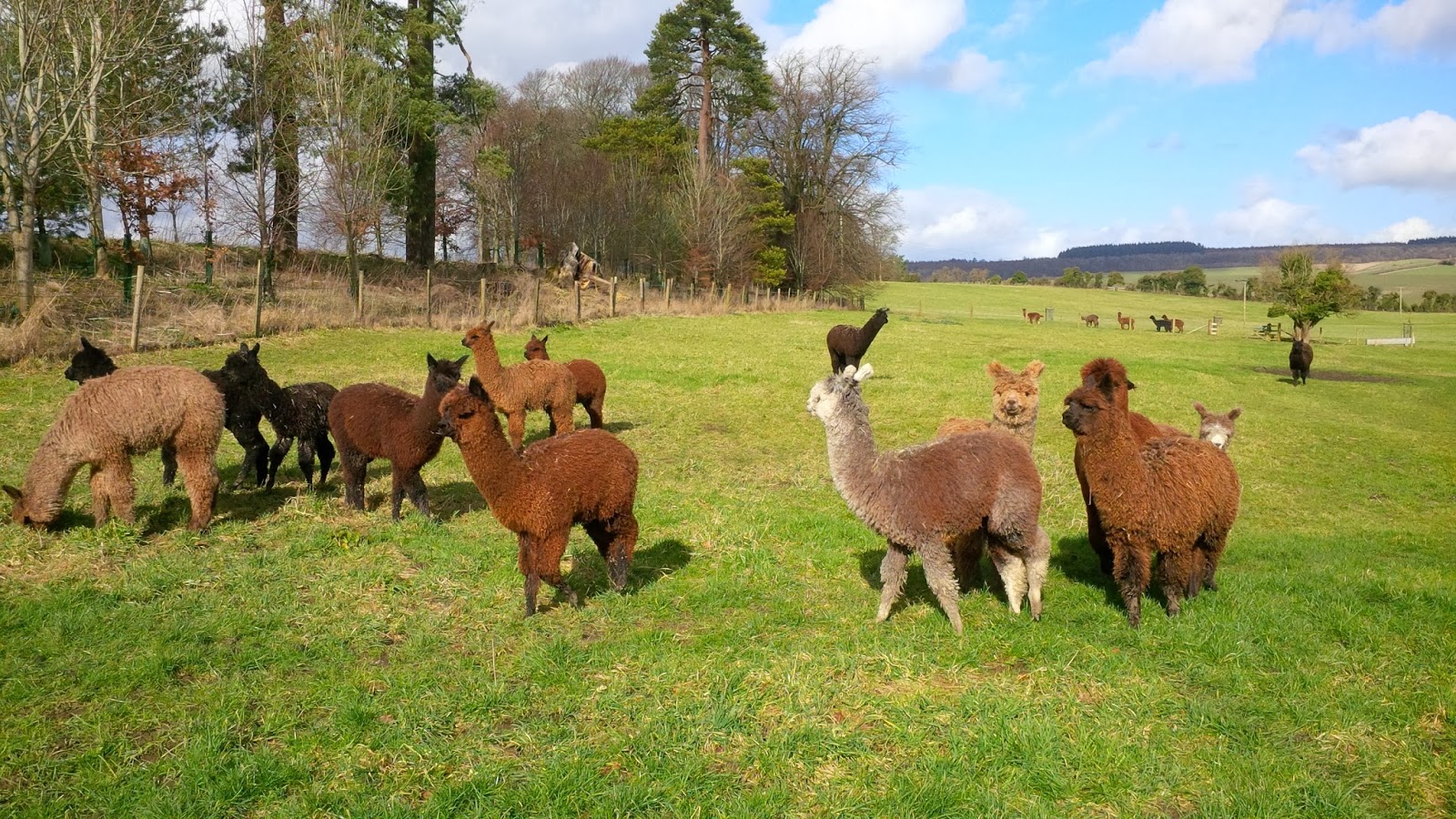 Next we need to move the eleven female weanlings away from their mothers, heavy and persistent rain today has put that back but we are now on the case!
Posted by Patou Alpacas at 13:14

Yours all look remarkably clean and fluffed up

What's with the blue sky and green grass? You been touching up your photos or what?