A boy from out of the blue! 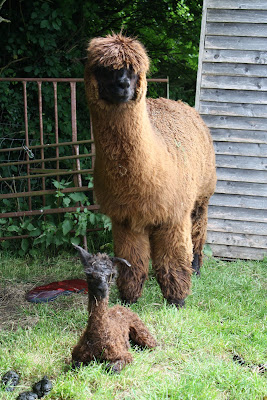 Well bugger me I was walking back up from checking Bannock who is still holding onto her cria at 357 days when I saw Poppy standing on her own by the shed. As I neared I could also see a wibbly wobbly head on a little neck! Poppy is at 33o days today and has produced her first ever cria, a dark brown boy. He weighed in at a reasonably healthy 7.5 kilos but as you can see has very floppy ears.
His teeth have erupted and he seems strong although it took him a little while to get used to his legs. Poppy on the other hand is knackered! 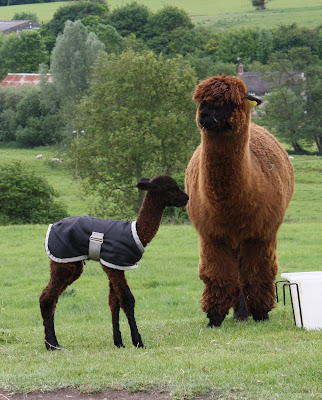 He hasn't been named yet as Poppy is actually owned by my parents so we are waiting for a name from them. He has been feeding well and they both seem to be doing well. He is another Jack of Spades cria which now makes four so far.

Whilst I was out there I bagged a few snaps of the three beautiful girls who preceded him. 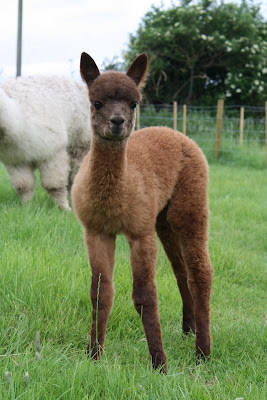 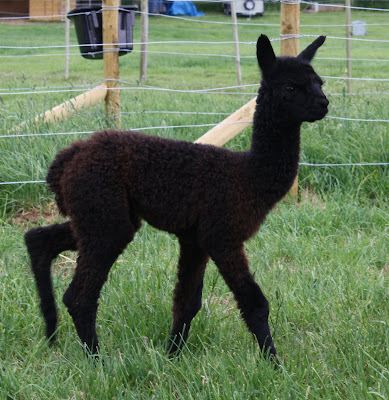 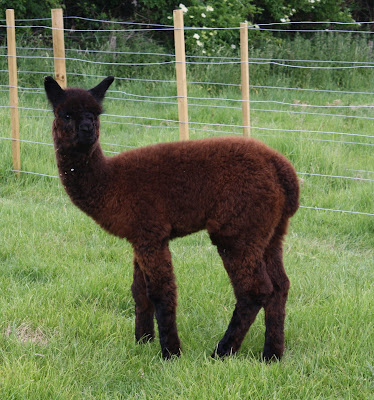 And lastly Ruby May, absolutely stunning in every way and surprisingly turning black!
Posted by Patou Alpacas at 16:26

Congratulations to your Mum and Dad Mark... What great photos of the gorgeous girls. They are looking great!

Oh wow, what a surprise. He looks great though. Wonder what your parents will name him.

What a wonderful surprise...and he is early going on dates !..for a maiden..she has done you very proud !....Poppy is a very beautiful girl.....no doubt her son will be equally as handsome !!....Congratulations.....Jayne

Nice work Mum (Poppy)- just pop them out while the boss is looking the other way!

They do like to keep us on our toes, al least she waiting until you got back from the show.

Poppy has just become my favorite of your herd. She's beautiful! I especially like the second photo of her.